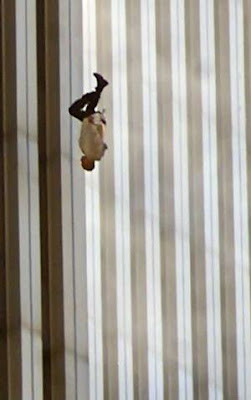 We had travelled throughout the U.S from 1993-95 in our little white Honda Civic, finally ending up in New York. I can't even begin to describe the incredible kindness we received. I felt compelled to stay in New York, that there would be a great need for Healing there one day, but when you realise that certain things just have to happen, and people aren't ready, you move on. I have prayed for and thought of the American people ever since.

The day after 9/11, an American friend asked me: How did we get to this place? My heart reached out to her. Regardless of the plight of the Palestinian people or the impending invasion of Afghanistan, I could mourn for the loss of the innocence of the American people. I could mourn for the loss of 6800 (sic) people in the plane crashes. I mourned the police and the firefighters who died in the WTC.

My wife Agnes and I were in N.Y.C. on New Year's eve 1992, Times Square. She was gloriously pregnant with our first child, and as we waited at a light gave me this great big kiss. A passing fire truck went yeow! and we chatted with the firemen. A perfect New York moment and of course we mourned they may have been among the brave rescuers who died on 9/11.

Wherever we went we were treated with the greatest kindness. Strangers took us into their homes for months at a time. Of course we love the American people (if not their government) and we mourn for them. They have lost their freedoms and their innocence, and do not even understand why. The power to be responsible for their own lives has passed on to the multi-nationals and their lives changed forever.

More than any thing else at this time what the American people need is a person who can articulate all that is best about being American and inspire them to be the people they can be. I hope that person will show up soon.

Where do we go from here? The events of 9/11 are the beginning of the battle for the healing of the planet, and it is time for us to wake up. The American people changed that day. I also believe they will change again, for the better.

Email ThisBlogThis!Share to TwitterShare to FacebookShare to Pinterest
Labels: 9/11