The Meaning Of This Christmas 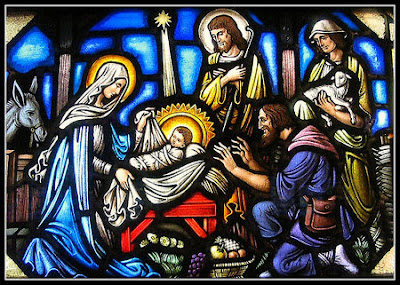 There's a story called The Legend Of The Christ Child which illustrates what I want to share with you tonight. It is a short one; family calls.

This story, translated from the German in 1891, is about a little child wandering through a cold city, looking for warmth and shelter, no where to be found. Every where, it is met with indifference, till finally in the poorest of hovels, is welcomed in.

And that kindness illuminates the whole room, so that it is more than the richest of homes.

The wars of the world created a wave of human refugees met with indifference and hostility. Just as with the Christ Child..

"One mother feared he might have some
ugly disease which her darlings would catch ; another
father said he had only enough for his own children,
and none to spare for beggar brats. Still another told
him to go home where he belonged, and not to trouble
other folks."

Maybe much of the world feels that way. But Canadians have in great measure welcomed the news we might be allowing up to 50,000 refugees by next year. They will be lifted in, at a cost borne by all us Canadians.

So there is good after all, but that isn't the point of this story.

There was a knock on my door this morning and it was the neighbourhood Adventists with their literature. So I thanked them and wished a Merry Christmas. They replied, "oh, but we don't celebrate Christmas".. Well, aren't I glad they woke me up then? :)

The meaning of this Christmas is that God doesn't care how you observe rules or what religion you belong to or whether you believe or not. God doesn't care about the colour of your skin or your gender or who you love.

Only, that you show love, and kindness. To every one.

What Is The Source Of Your Rage? 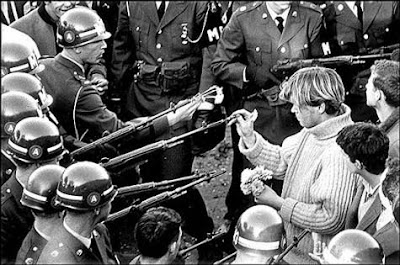 In this increasingly angry world,
I am still angry. And the question is why?

I saw a recent episode of "Super Girl" that shook me. She was asked to look at the source of her rage  http://screenrant.com/supergirl-tv-red-tornado-review-recap/ so I looked to the source of my rage and remembered that I wrote something in my first book, in 1974,
Man From Atlan-The Man of Religion

He had no friends and kept to himself, but there was a novice he liked. A boy of about eleven who sang in the choir, his beautiful clear voice soaring high above the others at times, then more controlled now, a crystal clear note that blended with yet stood out against the others, making the tapestry of music that much more moving. The singer's duties were light because he had to rehearse his music all day, but when he did work in the kitchen or the vegetable plots he found the novice with the Moorish face going out of his way to be kind to him, even protecting him from the bullies who were jealous of the special treatment he enjoyed. He never acknowledged the kindnesses that he received, having been spoiled by parents and priests. Nor did the giver mind the snubs that came his way. There was something so defenseless about the golden boy who sang like a bird, a dark cloud that he had seen over his head, that he could only feel sorry for him.


Then the boy who sang so beautifully was taken away, and a few days later he found out that he was sent to Rome to sing in the Papal choir after being castrated so that his lovely crystal clear voice might be preserved forever. And when he heard that, the rage came again, a rage to burn the monastery, pull down its walls, kill them all and leave nothing behind, just a clean pure space so that no more of that cruelty might live again. And because he could do nothing, it turned into a great sadness that turned into the sickness that came in to take him.

Then this: Man From Atlan - The Man of Religion Part II

he was still bound to the flesh and had to return. And when he did, the rage came, the rage that wasn't at his fate because he had chosen his path, but at Lucien and all that would come between lovers, between husbands and wives, between man and freedom and his thoughts, between anything at all, with their intolerance, their hatred, their jealousy and greed and inhumanity.

"Looking at these words dispassionately, one can only see that you believe yourself to be a messiah who would destroy the Church and set himself up as a spiritual ruler for all of us who cannot find 'Truth'."

"There are no messiahs, Lucien. Only teachers."

I am informed by my visions. I was angry when my brother died. I was angry when I read about Apartheid South Africa and Israel and the fanatical version of Islam taught by Saudi Arabia. (My friends were ANC members coming to Pakistan to study, Palestinians, Saudi Marxists (go figure).
I am informed by visions of past lives. I was angry to see genocides created by religion, I was angry to see evil life creating experiments by deranged 'scientists' and non-religious rational thinkers. I was angry to see the distortion of religion, I, who was there at the birth of the religions.
I am angry to see the destruction of the environment and the cruelty of war. I am angry for the powerless and the poor in the face of the powerful and the rich. I am angry for injustice.
I could "burn the monastery, pull down its walls, kill them all and leave nothing behind, just a clean pure space".
But that is not the answer; violence only leads to more violence, and is the way we are divided against each other. And I will not make myself sick over what is the way of the world.
Remember this, though.

Lucien could not look into those eyes. He could not look away. They compelled him, made him come back to them, only to once again feel the flames that melted the flesh from him...He couldn't do anything. There was no defence against it, not even the power he had could protect him from the rage.

So yes, I rage. But that rage is directed into a passion for helping people and teaching those who are ready. Yes, there will be many sad events in the time to come. People will die and be killed unjustly. Yesterday in China in the city of Shenzen, a huge landslide.  But when you meet me, you will see not the anger, you will feel the peace.

And instead of rage and violence met with violence, there will be flowers.