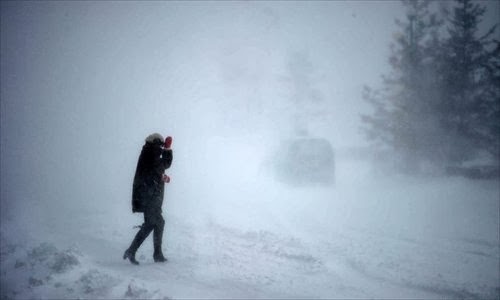 I don't heal, I help
We just had another major snow storm; two buildings blew up in NYC; a Malaysian Airlines Flight MH 370 has gone down and debris has now been found close to its flight path. It looks like almost 300 people have died, RIP. I look at the number of people I have got involved with over the years, trying to help, and ask, why do people make the same mistakes, over and over? And yet, when I help people, life is felt so keenly, the adventure never stronger than at any time else. And yes, I make people nervous, because healing, and getting better, is never an easy path.
It has been a rough winter, and this is just one sign of the many imbalances in society. Russia has finally got fed up with the psychopathic behavior of the US and its EU allies, and established an autonomous republic in Crimea. By next month, the crisis will have gotten worse, not just in politics but in people's lives, as two planets of the unexpected, AND a solar eclipse by the end of April, remind us how much we need to change, but do not. Again, so be it.

We had a huge storm in February. I got the urge to go to a store some distance away, which didn't make sense, given the conditions. As I trudged back to the subway I came across an old woman, collapsed in the snow. I helped her get up, (she refused to let me call an ambulance) walked with her shopping bags to the subway, and had to stop as she clearly was unable to move more than a few meters without pausing to get her strength.

She wanted to let me go on, but I insisted on staying with her to her train, and destination. In the car, I offered healing; and held her hands, placed mine on various parts of body, mostly feeling the peace wash all over us. The crowded car watched us; a pin drop silence.

She told me she'd been to all the specialists and even alternative practitioners, but no one could find out what was wrong, they told her that her heart and circulation was just fine. Still, she had no strength, and could barely move. Also unable to gain weight. She'd tried vegetarianism, didn't suit her.

When you hold a person's hands, you pick up their vibrations and energies. I felt her problem was neuropathic in origin, as well as auto immune. The muscle control and strength just wasn't there. By the time we got to her station, she was fine. Strong enough to take up her bags and leave. She said she hadn't felt this way in decades (she's almost 80)

This is why I turned away from conventional medicine. It doesn't have the answers to the riddle of illness, which I believe always has physical, emotional and spiritual causes. Therefore, to expand the boundaries of medicine, I take up healing.

Gave her my card, in case she wanted to follow up. When she read it, said she'd called a month before, didn't follow up, but, that day felt compelled to go to the same health food store I was going to. Coincidence? Both of us were meant to meet.

When I told my wife about her, she asked her name, and said, oh my goodness, I know her, we've met many times at the store. Another coincidence.

She followed up with two more visits for healing, and now has regained her strength. When she met my wife, she told her how much better she is.

Funny, that. There are some people I never will be able to help, and a few, that no matter what, we are meant to meet.

Aside from my spiritual background and claims, the fact still is I wish to share this knowledge with others, that I do not heal people, but, I help them to help themselves. This the true adventure of healing, that one does not know the outcome of what will happen to this planet or its people, but, by having faith, and no fear, they can be helped.
﻿
﻿