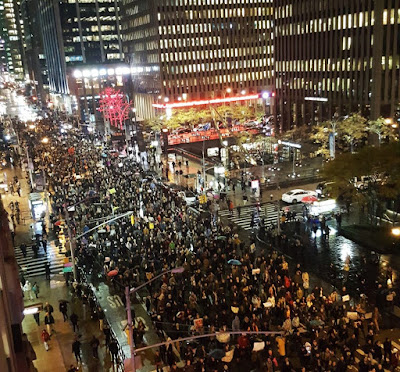 Resistance, they say
A Federal Judge  has issued a temporary halt to Donald Trump's controversial "Muslim Travel Ban". This is the first of a series of mistakes he will make throughout his presidency. Which, whether you like it or not, will continue for two terms. Like it or not, he is your duly elected president.
In a previous article Psycho-Astrology Analysis: The Trump Presidency
I analyzed his inauguration chart which showed what would happen in his 1st hundred days: A deeply divided nation, efforts to undermine his presidency, a foreign crisis he must avoid at all costs. That he should focus on the economy, and get good, not self serving advice. That he would get legal opposition for his actions. He must cooperate with people, not try to bulldoze them over, or they would unite against him. I guess he wasn't listening :)
I've been told as a "spiritual" person I write quite a bit about politics but really, everything I write is through a spiritual prism. Noting the imbalances in the world; what could be more spiritual than that?﻿
Yes, the imbalance between rich and poor, power and powerlessness, matters. Palestine is important, for Middle East peace. LGBT rights, matter. Civil Rights, matter. Black Lives matter. Muslim Ban matters. NoDapl matters. Brown v. Board Of Education, Wade v. Roe, Citizens United v. all matter.

But not separately, which is the divisiveness of identity politics we've allowed to take over. And not that I am particularly concerned about the antics of Alt Reich dummies doing Nazi salutes or Antifa protesters setting fire to trash cans or throwing bricks through windows. I'm interested in what the rulers are doing. Someone said this about power, that while we react to what they did yesterday, they've moved on to their next step. I prefer to see where they're going, and write about what they'll do next. In other words, prophecy.

Yes, I think the anti-war movement is the moral cause of our time. Attacking refugees and people fleeing those wars on the basis of their religion and national origin, even cancelling the visas of 100,000 people and  preventing legal residents from returning home caused outrage and many people to feel ashamed for their country. Decent people all rushed to help. They protested in the thousands at airports and lawyers met incoming travellers to offer free legal services.

Helping others, is a spiritual thing. 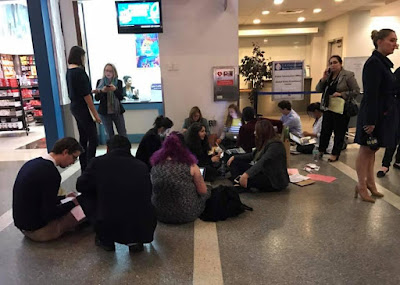 Helping to heal the planet, is a spiritual thing. 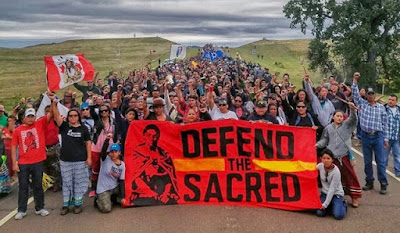 But I said this about Obama in 2008, that this was America's last chance. And now I say this about Trump: you will have to go so far back before you can go forward. It isn't even about the man. It's about you.

The Democrats are so hapless they won't regain Congress. Not unless they reform. Liberals who didn't speak up and put their bets on a bad choice: you could have had Bernie Sanders, you got Donald Trump instead. Those are the consequences. Politically, you cannot regain what you lost until you learn to listen to the concerns of real people. Politically, not until a third party that embraces real populism, not corporatism. Nancy Pelosi, leader of the Congressional Democrats said, "we're capitalists. That's the way it is".

But that's just me, trying to be helpful on the material plane.

As I wrote then, What next, America?


The real resistance will be spiritual, not political. 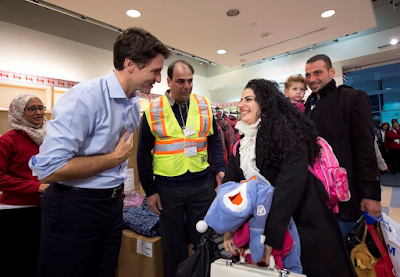 "Know that we value you"
When President Trump issued his order last week banning travellers from seven Muslim majority countries (even visa holders and permanent residents were turned back) Canada offered to take them in.
When we saw the waves of refugees from the Middle East we opened our doors, as we did to Vietnamese and Somalis.
The Islamophobic tendencies that started in America after 9/11 (and spreading to Europe) led to the latest outrage when White Nationalist Alexandre Bissonette opened fire in a Quebec City mosque, killing 6 and wounding 8. Oddly, a mosque in Texas was burned down the day before. Americans raised a million dollars to help rebuild it and a local synagogue shared their space to let them continue to worship. Many Christians and Jews reached out.
We are a tolerant nation. From an editorial in the New York Times: Quebec’s Response to Hate: More Tolerance

That was what Canadians sought to do. Thousands gathered at memorial services across the country, including Mr. Trudeau on Monday. Speaking earlier to Parliament, he addressed the more than one million Muslim Canadians: “Thirty-six million hearts are breaking with yours,” he said, referring to the population of Canada. “Know that we value you”.

Canada is not perfect; it, too, has its demons, as Mr. Couillard said. But the response of a democratic society must be to reaffirm its fundamental faith in freedom, including the freedom to practice one’s faith and cultural traditions. In Quebec, the demons took a terrible toll, but the country’s commitment to inclusion was, if anything, strengthened.

In the wake of President Trump's attempt to capitalize on fear, Trudeau issued this powerful statement on Twitter and creating the wonderful hashtag #WelcometoCanada 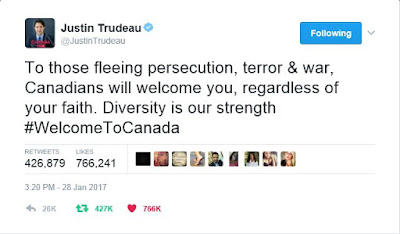 The world has reacted with fear, and, more anger in response to Donald Trump's win. This is not the way.

Love, one another. The most powerful message of all.