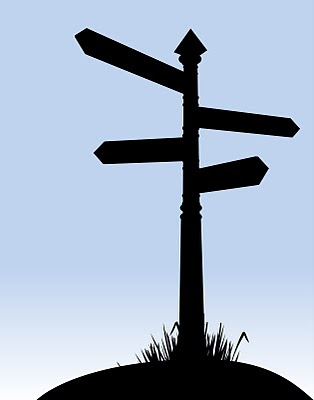 The guidance counselors at school are asking my daughters what they'd like to do, career wise. They're 10 and 13 years old, respectively, and in typical teen fashion, said "I dunno", when they do know. Soriah wants to be a healer, and Gebbriel wants to run a restaurant. Still, that's a good question we need to ask ourselves. What would we like to be, and how do we get there?

When asked at age 8, I said I'd like to be an engineer and build things, but that was before. Then at 11 my brother passed on and my teacher got me the scholarship forms to go to military school, and I really, really, wanted to be a pilot. Flying, eagle, spirit, I get it. Yet even though my heart was set on it and I came so close to my dream, I was already communicating with spirit and was gently, but firmly, led away from there.

I'd asked for a direction, and got the chance to go to school. I asked again, and was brought to Canada within the space of a few months. I got a good job. My brother was studying to be an electrical engineer but didn't like it. He asked if I could get him a job in my firm. I said no, it was a dead end. Instead of which he went to Canada's largest stockbrokers and eventually a president there and became quite well off.

I decided to write, that became the direction.

Sitting on a beach, and thinking. Quit my job and became a full time healer, teacher and writer.

Travel as part of my spiritual work.

Each time, the goal was the same as it always had been. To find the God in me. To help others. The directions taken, the people and events that crossed my path, the setbacks, were all absorbed and I plodded along. Things I had set in motion were already taking place and it was time to once again, change direction.

And now, as we come to a spiritual crossroads in our life, here is the choice that faces you. You must decide which path you will take, and in which direction, and if your choice will be based on your spiritual or material needs. This time, you cannot have both, and this, will be the final direction taken.

Email ThisBlogThis!Share to TwitterShare to FacebookShare to Pinterest
Labels: The Child's Aspect of God

The Paths That Cross Ours

We live in interesting times

Indeed, we do. And it is the paths that cross ours that make it the more interesting.

The paths that cross ours can be a planet, or a comet. It can be an event, or, a person. The question still is, and always will be, what do we learn from this?

Someone I loved met someone. The attraction was sudden. It coincided with planetary change. They married, sorta :) It lasted 2 months, and now they're done. The "I told you so's" are unremarkable. The coincidences, are remarkable. A child who was abused, married someone who was abusive, and who herself was the child of abuse. The parents involved all had holes in their heart chakras and in need of healing, but were unaware.

We lay in a field north of Toronto and the sky was filled with the flash of meteor shower; hundreds of streaks of light passing by, and then it was time to go on A Spiritual Journey to the U.S. http://manfromatlan.blogspot.com/2007/12/spiritual-journey-to-u.html

We saw the earth's shadow cross across the moon in L.A. and two months later there was the earthquake, and many more changes after I saw the shadow of the moon turn day into night on the Dartmoor hills. These paths crossed ours, and we changed because we accepted that we must.

And there were the countless people who were dying, or in coma, or a deep spiritual crisis, and they prayed and asked for help. They, the ones who needed me the most, met me, saw me, felt my healing touch. And they changed.

And so, when someone's path crosses yours, you change, because you must.

The Food That Nourishes Us 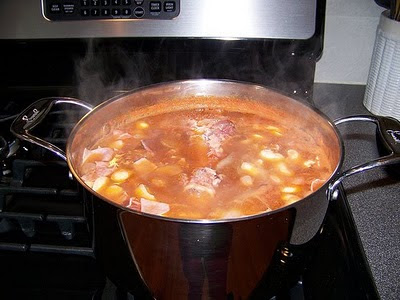 Food for the soul

I got some sad news recently, and things have been especially tumultuous for everyone in the last few months, and I find myself writing more and more trying to help people make sense of things. We are all in need of nourishment, and perhaps, right now, the best nourishment would be a good soup or something equivalent. Bet you thought I was going to say something spiritual, right? :)

Well, we do need a good soup, and know, how to nourish ourselves. And food is the best nourishment, because until we give to our physical body, without that strong foundation, how can we build our emotional or spiritual selves?

So I did write Mastering The Art Of French Cooking to give an idea where I was coming from http://manfromatlan.blogspot.com/2010/05/mastering-art-of-french-cooking.html and I do recommend Food Is Your Best Medicine by Henry G. Bieler, M.D. but, the real nourishment is not in the recipe, but, the source of the food, and the environment you cook it in, and, whether you prepare it with love or not.

You can read Like Water For Chocolate (movie's great too) and if there's one book you MUST read it's The Hundred-Foot Journey by Richard C. Morais, sort of The Slumdog Millionaire becomes a three star chef in France, to see the sheer joy and love of cooking I am talking about.

I used to cook for my family and friends, simple food prepared with love, and everyone felt the energy and nourishment within that food. Now I am so preoccupied with things I rarely have the chance to cook, but Chloe does the cooking in the same spirit, and I suspect people love her desserts even more :) Yes, it's the joy of cooking for others, and what we put in it is love.

Yes, there are many different kinds of nourishment, and be it manna for Moses' people, the body of the Christ, and the slaughtered goats of Eid that Muslims are enjoined to give to the poor, yes there many ways we can give without all those er, other rules.

But I, will be dragging out the old barbeque for my family this week.