From The Street of Babies to Baby Point Rd. 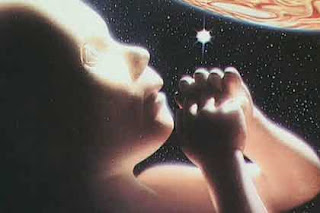 Finally settling into our new home. A lot to do still. Internet connected today. Reminded that I had written a short article, The Street of Babies in May 2006, about how so many children had been born in our short stretch of street in Toronto after we moved there.

The female couple. The lady who had her 5th. Two couples with twins. A couple that had been trying for so long to conceive. So many more, that in the 8 years we lived there, the number of new children is now 20, which is why I wrote, in praise of the miracle of childbirth, and the faith and courage it now takes to bear children.

The Street of Babies

When we moved into our home in late 1999 we saw there were only 3 families including ourselves on the street with children, and all between 6-12 years old, with no infants among them.

Our daughter Gebbriel was born Jan. 21, 2000. Then another family had a child, then more were born, three families had two more each, and now today, just over 6 years later, we have had 17 new babies on our little stretch of street.

One of the effects of my healing is the hormonal effect; reversal of menopause, women who'd been trying for years to have children suddenly conceived, slowing down of ageing etc. There even is a distance effect, projected or otherwise. Sometimes, I just have to be in the vicinity..

I am never surprised by the many things that have happened, just pleased that I was able to help and share with you all the events of my self and my family's lives. There are two events I would like to share with you today.

The woman across the way from us had been trying for years to get pregnant, with fertility drugs and so on. Finally, she did, at the age of 37, and last week had a baby boy, born the same day as our very special Arune, April 21. Mother and child are doing very well.

One of my students was in Hawaii; I'd told her that the way to move out of her patterns was to move there, from Toronto. She would meet someone, and she would further her own healing.

She called me last year to say she was pregnant. Wasn't sure about herself, wanted an abortion. Could I help her? Told her whatever happened would be for the higher good. She went through with the abortion, then two months later found out she still was pregnant!

Much concern for baby but all the tests showed she was fine. She almost had a miscarriage but with healing and prayers, got better.

She went into premature labour last month and had a beautiful daughter Sarah, the Hebrew name for "princess". Baby and Mother are doing fine, are out of ICU, and all we're waiting for is her to gain weight before she can go home.

My student had to learn a lot about herself before she was able to change, yet in having this child she will be able to heal her own karma. It isn't up to every person to have a child, but, still, in this world that is getting worse every day, it takes great courage to have a child, and every child is a blessing.

It so happened I had an Easter Meditation on April 15. The topic was the balance between the Material and the Spiritual; and how we can accomplish both. There are no easy solutions to that, but, it can, with hard work, be done. We also, I said, need to look at why we are blocked from accomplishing our goals, and sometimes the problem lies within ourselves and our lack of perseverance in changing ourselves.

Children are fearless, joyful and always look to the future, not the past. Yet we as adults look only to the past and not the future, and live in fear.

We can accomplish our goals.

We have a duty to the future.

Children are a message, and a blessing from God. They represent how God heals, from the divided male and female energies, through the energy of the Child.

The child who had supposedly been aborted in Hawaii now is 2 years old, and living in Toronto.

We have now moved to a new neighbourhood, from The street of Babies to Baby Point and the coincidence is delicious, and I'd like to speak more about our experience with children.

Each child that we have had, has been an incredible learning and karmic experience, for us and also for all who have known us and our children.

When Lee was born we had a sense there was something wrong, and when we received the diagnosis of Autism we already were well on the way of the therapy we developed which eventually reversed the illness. He truly was brought back from the dead, and I was then able to help hundreds more severely ill children get better.

When Arune was conceived I tried to get a midwife but couldn't find one. Arune's spirit, so strong that all who came to our healing meditations received a blessing, asked me to help her come into the world. Chloe (Agnes) and I helped bring through a natural delivery, with the help of friends.

Nervewracking, but both mother and child checked out just fine afterwards. She was there with us for the Los Angeles earthquake of 1994; it felt so likely the house would fall over us I threw myself over them, but, all was well.

Raven was born early in Woodstock, New York, with me and Chloe, plus Alex, a student who happened to be along to help. I've written about the signs that were present at both Raven and Arune's birth.

Soriah was born in Toronto. A happy cheerful child, we weighed her in the post office scale the day after she was born.

Each child spoke to us before they were born. Each child told us they'd be a boy or girl, and when the family doctor asked how we knew, we said: "they told us". Each child choose to be born to us, and that we were to help deliver them. With all the difficulties of the spiritual path we had resolved to follow, and that each child was born with a karma and a path to follow, we accepted them as blessings and ways for us to learn.

And then our last child, Gebbriel, was born in 2000 in the street of babies, and a new beginning took place as the world changed immediately after, on the penultimate stage of its evolution.

We now live in Baby Point, Toronto. What will the future bring? Perhaps you, too, are drawn to Baby Point Rd?