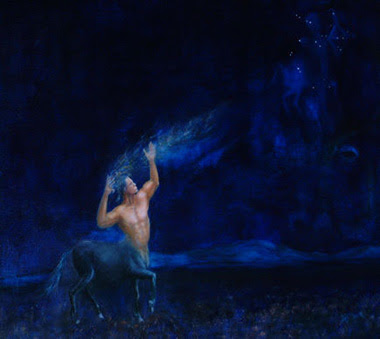 I broke my arm

In two places, actually, the coronoid and the radius. I may need elbow surgery, but for now am letting it heal and the physiotherapy is um, painful.
In my previous post "The Bird came again" I referred to someone who was deeply in need of healing, but didn't know it. (Not referring to myself, of course :) But the question does come up. Where did this come from? Why now? Was it karma, or something else? What is the lesson, what can I pass on?

Every year I have a meditation around Christmas, and another in January. Previous ones predated the L.A. earthquake, the Asian Tsunami, the Kashmir earthquake, the assassination of Benazir Bhutto. Each time I sense the changes required in the earth's pattern, in other people's, in my own.

Last year I told my spiritual group there would be a lot of deaths in families. A woman whose husband had been run over said she had attended six funerals in a few months. A disciple lost an uncle. Another, her father. Another, both her parents. One of them changed residences at the same time as me then had an accident that hurt her back. Another, lost an unborn child. Chloe lost her wedding ring, and was so upset, yet I was praying so hard for her, feeling something might happen. The week after, while driving with her father, she had a strong feeling just as they went through an intersection. She told him to stop, and he did. At that moment another driver went through a red light. If they hadn't stopped, she would have been hit by the car.

I spent the year praying for the health and safety of my parents, my family, my friends. And in the course of it, I broke my arm.

This year, my meditation was about Chiron, the Wounded Healer, and the lesson for the year ahead.

It isn't just about me and my arm. It is about how we're all in need of healing, we and the people of this broken planet. And in my last post "The Islamic Bomb and the Day of Judgement" I wasn't referring to a nuclear device, but about destructive forces unleashed on humanity. And the ones inside ourselves.

Now I wish to talk about the wounded healer in ourselves. how to heal him or her. It may be that we have to pass through something, regardless. But if we can understand the process, we can learn from and go through safely to the other side.

Chiron, in Greek Mythology, is an immortal being in the form of a centaur who taught the greatest warriors, mystics and healers of his time. An Astrologer, he taught healing to Asklepios, the founder of healing, who was the father of Hippocrates, the founder of medicine. Chiron has been wounded by a poisoned arrow, but as he is immortal, he cannot die. Therefore he transcends his suffering by service to others. Prometheus, the Titan who is being punished by the Gods for giving the gift of fire to humanity, can only be saved if an immortal can take his place. Chiron offers himself up for sacrifice, and the Gods appreciate this so much they allow him to die and pass on into spirit. This is the basis of Jesus's story as well, but also, yours.

You are all healers who need to heal yourselves. Healers are the first to be needed, and the first to need healing. I ask myself, do I have things to let go of? And the first thing I have to say, to myself and all of you, is to let go of the self-destructive and self-sabotage aspects of your lives. The next thing is, first look after yourselves, a difficult thing to do when you're a healer. The last one is, follow the spiritual path. It is the only thing that will save you in the time to come.

Love others, be kind and have compassion, do not exploit others, find balance in your lives. That balance may come from finding your purpose, doing what you are supposed to do. It may come from changing yourself and your environment. Try to build a solid foundation. You cannot heal everyone. First, heal the wounded healer within.