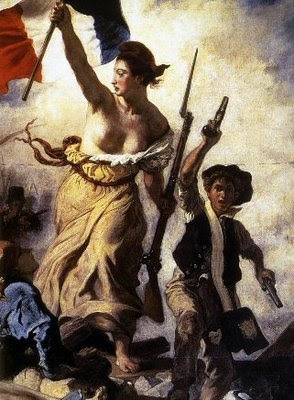 I have always held that Prophecy and Psychism was the same thing, though of course different in matters of degree. The Psychic sees things as they might happen, the Prophet sees things as they are. Both have visions, both are touched with the Divine. The difference is one of Time and Space. The prophets Abraham, Moses and Muhammad appeared at a particular time and place, when people were ready. Then they changed the world.

Yet these were people first, with flaws and imperfections. And their religions were, respectfully, incomplete. The biggest problem was they were filtering the vision through their human consciousness, and the people who received their wisdom did so through the filter of their human ego. I also look at Christianity, Buddhism and Hinduism and the Pagan as different ways of connection with the Divine Being, but now, much altered from the original intent. Never mind. Each person has within themselves that spark which allows us to discern truth from falsehood.

Yet we must first free ourselves from the burdens of the Human Condition and understand, truly understand, the things we have lost: the memories of past lives, the lessons we were supposed to learn, the history we are fated to repeat, over and over again. Yet, this has been my promise from time immemorial: when humanity would be in need, I would incarnate.

Pluto went into the sign of Capricorn on January 25, 2008. After 12 years in Sagittarius during which it kicked religion and other spiritual structures around it now will kick around the material structures of finance and government. Whether it transforms, or destroys, those structures, will be up to you. But change will happen, regardless (There will be some further last minute changes to Religion and Spirituality this year then next year will be major kick ass time)

Is humanity governed by the stars? No, those are signs of stages and cycles of personal and world growth and contraction. It can inspire those who can read them, it can warn, and it can be a tool for change.

I wrote a book called The Way of Atlan in 1977. I had to wait till now before I felt people were ready to see it, complete. The Book, and I, were a work in progress. No matter how often I tried to teach, people weren't ready. Now the future prophesied within it lies before us, and I will fulfill my purpose, and call upon you to fulfill yours.

When I teach, I say it isn't for you to follow me, but I am still a leader. If I am a healer then I don't teach you to heal others but heal yourself first. You do not have to have any special gifts except that which is unique to you and I will still teach you if you ask. If I inspire writers artists musicians healers teachers and creative people to bring lightness to the world then I will be happy to have helped..There is a whole generation of young people who will change the world.

So I welcome all of humanity, without regard for the differences that divide you, into my tent. I will give you peace. But be aware that I am not ever what you expect, or want me to be, nor am I fit to be on a pedestal. I am of the same human form as you, imperfect and flawed. But if I show you the perfection inside me, it will surprise you, for it will be a reflection of that which is inside you.

But there also was a spiritual person who recognised who I was right away, yet had a problem because I ate meat. My reply was to the effect of the Son of Man coming and eating meat and drinking strong wine, and people would not believe. That will be up to you, because the strongest obstacle to your learning will be your own resistance to change.

Those who are meant to meet me will find a way to do so. Those who are meant to learn from me will see that it isn't about spiritual enlightenment or magical activism. It is about the space and time that you are in, and how to work with that. But the Revolution I speak of will take place not in blogs or protest marches or occult practices. It will take place first within you, and then, through taking responsibility for the state of the world.

There's a final passage in The Way of Atlan I'd like to leave you with:

"Impossible for Humanity to change, you say? People believe that because they've eroded their belief in themselves, in a thousand little ways. But still have they not searched for something? Have they not known there was something more to their existence, somewhere? They waited for the Way, and the Way is here. And humanity will change and dedicate itself to a new nobility, a nobility of the spirit it always had".

"There is a place that is holy, here on Earth. I shall be waiting there".

That place is inside you.

The person who inspired me 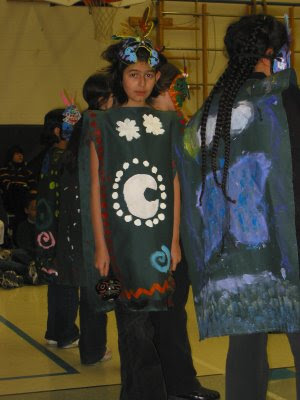 This essay was written by my daughter Soriah for a school project. She had to write about a Canadian from another culture who inspired her, and tie that in with how it was to be a child growing up in a multi-cultural household, while still being Canadian.

We ended up choosing me as the person who inspired her (no surprise:) but this had to do with the whole subject of culture, multi-culturalism and the melting pot theory of America where newcomers try to be more American than the native born and still are considered less if they're of a different background, religion or colour.

But Canada welcomed me, and while it allows people to retain their own culture as long as they practice Canadian values of tolerance and fairness, it was the freedom it gave me to grow in my own path that I love most about her. If there was one country in the world where I'd wish to raise my children, it would be Canada.

I enjoyed helping Soriah with the project for this reason, but the words, and feelings, are hers, and here, she's the person who inspired me.


The person who inspired me
By Soriah Feie Naseer

What: Meditation, healing, writing, teaching, and helping autistic and other patients.

Who: My dad, Naseer Ahmad. He’s a holistic doctor, spiritual teacher and writer.

Where: Pakistan, England, Japan, and Canada.

Why: He inspires me to become a writer and healer. He and my mother belong to different cultures and this is part of me but I’m still Canadian.

The person who inspires me the most is my dad, Naseer Ahmad. He came to Canada from Pakistan in 1970. He’s a holistic doctor here in Toronto. He’s not a famous person, but he affected my life a lot.

My dad was born in Pakistan from Indian parents but grew up in England and Japan. When he was a child he could see spirits and energy. (So can I!) After leaving Japan he went back to Pakistan where he first went to military school. When he couldn’t join the Air Force he went to University and studied History. He also studied Spirituality, Healing and Psychism. He came to Canada because he felt it was the right place for him.

When he came to Toronto he started classes in meditation and healing. It was easy for him to adjust to life in Canada because he had known many other cultures and English was his first language. He also felt Canadians were nicer to people who’re different.

He wrote two spiritual books, in 1974, and 1977. One of them, Man From Atlan, about past lives, was published in 1990. He also went to England and many other countries where he studied alternative medicine. Since I have Autistic brothers and a sister he started a clinic where he helped them and many other children get better.

This affected my life because it made me want to be a healer too. Another thing I like about him is that he’s a writer. I would like to be able to communicate well too.

We have different backgrounds in our home, since my mother is Hungarian, and father Pakistani, but they tell me I’m a Canadian, not Hungarian-Pakistani Canadian. I was born here, and so were my brothers and sisters. We speak English at home, and while I would like to visit India, Pakistan and Hungary, we’re Canadian. When my grandparents visit us I see they’re different and that’s nice. But Canada inspires me to feel free to be whatever I want to be, and not something else.