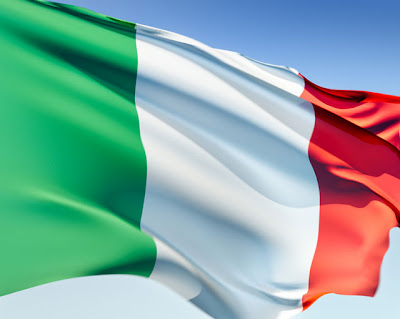 The astrological chart of Italy


I thought I had never known any Italian people until we moved to Canada but then I remembered, omigod, MV Asia! We came back from Japan by ship (this was before jet planes) and for a whole month, we were on the most beautiful passenger-cargo ship I have ever seen, MV Asia. It was Italian, of course ;)


In an age when people actually travelled between countries by passenger ship, the post war Italian ships were the epitome of design. The Lloyd Triestino line had seven specially designed ships that travelled the world. From The Ocean Liner Museum: http://www.lastoceanliners.com/cgi/lolline.pl?LLO


"The Italian tradition of luxury and style at sea was never so fully realised as it was with its postwar fleet of liners. Though its fleet had been virtually destroyed by the ravages of war, Lloyd Triestino made a great effort to rise from those ruins, and thus were produced some of the finest, stylish, elegant, graceful and most beautiful vessels to ever sail the oceans of the world.


All this series of ships had typically modern, sculpted Italian lines, which included sharply raked bows, lusciously curved superstructures, tripod masts, streamlined and low funnels, terraced after decks with a pool and lido for both classes and graciously curved cruiser spoon sterns. It was the "Golden Age" of the combi-liner, and the Victoria and her sister Asia were among the most beautiful of their type ever built".


The two most beautiful of them were the MV Victoria and the MV Asia, which regularly travelled the Italy-Hong Kong route. There were about 500 passengers, and the crew, all Italian, so I and my brothers were treated very nicely all over the ship for the whole month it took for us to get back home. And if you have never eaten a meal at sea, or been in a tropical storm, or seen the sun set over some distant horizon, you have not lived.


But pardon my digression into a magical point of my childhood. This is an article about the people of Italy.


Now I confess to having strong feelings about places I have been to and people I have known in lives past. Maybe it is my observation that Italians are just like Pakistanis :) for we are indeed, alike in our love of children and family and food. We are warm and passionate, and what you see is what you get (Just don't mix us up with Indians, please. Sorry :) Maybe it's the kindness I'd received when I was young, or the quality I appreciate the most; the honesty of emotion.


Regardless, I found myself being drawn, once again, to Italy when some Americans, in defending accused murderer Amanda Knox, had to attack a whole country for its perceived shortcomings...Irony abounds.


A while back I was telling all and sundry about an impending clash between right and left wing style governments and that people would peel back from the excesses of both sides and find some balance.


And sure enough, what I said about France and Italy is coming to pass. Sarkozy's turning liberal, almost, and Berlusconi's, out. Their shameful involvement in the war on Libya has a very heavy price that will be shared by their countrymen.


I like to use astrology's language and symbols to describe events that have come and those yet to come, it has an elegance that can't be beat.


I found this analysis written by astrologer Liz Greene in 1999 about Italy's future. The period she covers runs from 1999 to 2009, and describes very well, what might have been. http://www.astro.com/nat/natit_e.htm

"The republic of Italy was born in 1946 under the versatile, communicative sign of Gemini. Pluto, as it moves through Sagittarius, presents major challenges to this country's political, financial, and social structures, offering the possibility of a total transformation of outlook with greater stability and the fulfilment of many cherished social ideals. However, it would seem that this potential, because of Pluto's delving quality, can only be achieved if there is greater transparency and openness on the part of both government and people.


Italy's birth chart reflects the double-edged gift of an intense and enormously creative individuality coupled with a propensity to shroud many things from prying eyes. It is this inclination toward secrecy, reflected in many areas of Italian life and government, which may be challenged by Pluto, and old sores and grievances inherited from the past may need to be brought into the open and re-evaluated so that the innate optimism, idealism and generosity expressed by the fine aspect between the Sun and Jupiter in this birth chart can be anchored in positive changes which benefit everyone.


Uranus, also a harbinger of change and progress, is crossing the area of Italy's chart which reflects its past, and this too suggests that many issues - both religious and social - need to be finally confronted and transformed. Italy's Scorpio Moon, hidden away in the area of the chart concerned with ancestral inheritance, suggests that old wounds linger for a long time, and so does the people's mistrust of authority, whether religious or political. The cleansing and inspirational energies of both Pluto and Uranus could provide the possibility for the healing of these wounds.


Whether or not you are personally in sympathy with the kinds of changes now on the horizon, this is one of the countries most powerfully affected by important planetary movements in the next decade, and the potential for positive change and the expression of each individual citizen's creative gifts is enormous"
~Liz Greene, 1999

I looked at the chart as well, and the following is my own interpretation. Yes, Italy exhibits, quite clearly, the dual nature of Gemini. The mercurial creative side, the hidden spiritual nature. Thus, I say there is a higher side to it, and a lower more corrupt side. (Which is also described by its Scorpio nature)


I am writing about Italy today because many years ago, I had a vision about the death of Pope John Paul I and knew that changes in the Catholic Church would be reflected in changes in the country of Italy. I have long thought this dividing line to come would be described as the old Italy vs the new. Some have said there is no such divide, but they are thinking it's all controlled by vested interests that will resist change. I say it's a battle between the Italy of the past, and that yet to come, which is the spiritual awakening which is yet to take place. And I see also, the end of the Catholic Church, and the beginning of a new one, which will also be mirrored by, a new Italy.


It does look like the next two years will lead to a battle between the old and the new Italy. Yes, the potential for positive change is enormous, but so, too, will be the resistance to change. Interesting, that the planet Saturn, which represents restriction, became exact this November 9-10, when the crisis peaked. It will be exact again from late May to August 2012, when there will be another crisis, change, elections or revolution.


The chart for Italy shows mercurial Sun in Gemini, the very deep 12th house Moon and Ascendant in Scorpio, and not that there are secrets, but there are depths to those secrets. When you see Prime Ministers belonging to secret masonic lodge P2 which was responsible for deep corruption, Mafia and Vatican entanglements, assassinations, terrorist bombings, and financial thievery, you know that there are depths indeed.


Yes, with four planets in the 8th house the Italians are a very sensual people. There is also, financial corruption shown in the 8th house placement. With Sun in Gemini they can also be religious, even, spiritual, even if the planet Mercury can make them er, flexible in their beliefs. It is my hope they will be not only rational and analytical in their choices in the time to come, they will also be, spiritual.


And 12th house Moon in Scorpio again? Secret services, spies. Scorpio can be either of the highest spirituality; or, the depths of the gutter. It was Italian agency SISMI that fed the world the fake Niger tapes that led to the Iraq war, the Vatican is reputed to have the finest intelligence agency in the world ( I can see some better, ISI and MI-6) and Propaganda Lodge P2 and Operation Gladio assassinated anti-Mafia judges and set off bombs in train stations.


But what I see the beauty Italy has given the world. For every Pope killed (John Paul I was the most recent) I see the Sistine chapel and Michelangelo's Pieta. There is the Mafia, and there are Ferraris :) There were the ships MV Victoria and Asia.


Some people, who know only how to measure by political or economic yardsticks, are hopeful the new government of Italy will bring about change. Others, of like mind are more pessimistic, saying the old order is too entrenched.


The economist in me says there some strong fundamentals to the Italian economy. People tend to save more than most other European nations so their banks are reasonably stable. They could buy up more of their debt so they are not too dependant on foreign predator banks and speculators. They have a strong industry and work force, and, they have gold.


According to this article http://seekingalpha.com/article/307336-why-proposals-that-italy-should-sell-its-gold-are-ridiculous Italy has one of the largest gold reserves in the world, and unlike the short-sighted British who sold theirs for $250 per oz or the Germans who store theirs in New York, of all places (!) http://www.abendblatt.de/wirtschaft/article2087049/Deutschlands-Gold-liegt-im-Tresor-in-New-York.html it is the Italians that refuse to sell theirs, which is very wise. Gold has a power of its own; don't misunderstand when I say it is spiritual. So suffice to say Italy has a strong base, and its last 12 years of misjudgement is not fatal in itself. There will be a long period of readjustment no matter what else takes place. But the future brings much more than what ordinary people can overcome.


This is the sadness of being able to see the future. On the one hand you see signs of what lies ahead. On the other hand you know it might be too late. You try to warn friends and the people you love, but what happens then depends on the choices they make.


The answer, for the people of Italy and the world is that political and economic change will not be enough. All we ever get is the semblance of change, without anything real.


Unless there is real spiritual change, things will get much worse, sorry.

The Mothers of the Plaza De Mayo 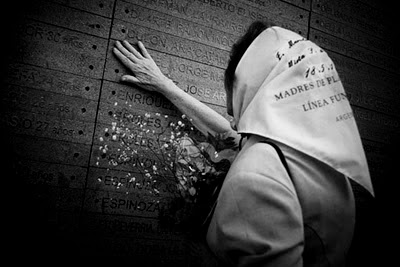 Email ThisBlogThis!Share to TwitterShare to FacebookShare to Pinterest
Labels: Politics

The Joy of Writing 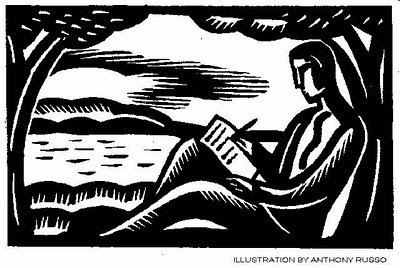