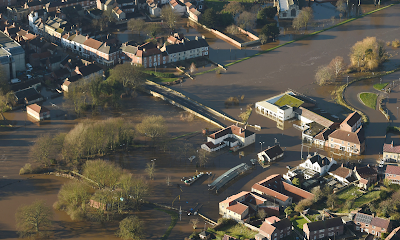 What next?
It's nearly nine years since I last visited the UK. You look back with sadness at the possibilities for change you saw then, and what's happened since.
We arrived during the 2007 United Kingdom Floods  and now, the region is still reeling from heavy rain fall and floods as a series of storms hit the Isles going on into 2016 2015-2016 Great Britain and Ireland floods
Yes, there is an imbalance all over the world. It's raining today, January in Canada! I'll meditate and pray for peace, but really it's about what you will do for change.
I follow 9 and 12 year cycles. Where were you 9, 12 years ago? What have you done since? Are you repeating what you did then, or will you do something different?
I could go on about spiritual imbalance, but really, that won't work till you figure out your material and emotional foundations.
That's why I placed so much importance to the February 15, 2003 anti-war protests all around the world. A seminal event, and of course I had to be there. But people got discouraged after that, and divided as propaganda was used to convince us of the case for war. So 12 years later, we had the war in Syria causing a million people to flee into Europe.
So, almost 9 years later, floods. I warned of a cleansing of the earth then. Earthquakes, floods, disasters. Wake up calls. Personal as well as environmental pain.
But I look to the signs of hope. The good people I met then, who I still pray for. The people I continue to help. The ones who did not give up, so I didn't either. There will always be hope.
We are slowly taking back the world, one country at a time. My country, Canada, first. With leaders and parties who will be held accountable.
The UK, which I love as I love Canada, and its people. That it elected Jeremy Corbyn as Labour party leader was great news. Attacked every day by corporate media and pro-war elements in his own party. Yet it's the young people who follow him that I respect most, because it is they who will change the world.
It will be a long process, but there will be change. Be involved in politics and environmental causes. Do not be influenced by anything except your own knowledge and conscience. Be a force for healing, of your self and the planet.

What's Up With France? 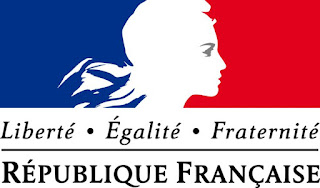 It wasn't the best of times
2015 was a rough year for France. It began with the Charlie Hebdo attacks in Paris on January 7, and ended Friday November 13th with coordinated terror attacks that killed and injured hundreds.
I am drawn to places that need healing. I have been called to Europe since the 1990's, knowing how things would unfold there. I visited eleven European countries over a dozen times in the last 20 years; written extensively about it. I have a deep fondness for Europe for the reasons I list here The Rape Of Europa

My wife is European, but left it saying "Europe is fucked". As things stand now, she's very right, and not for reasons Europeans might think.


Europe has a dark karma that involves far too many colonial occupations and wholesale slaughter of native peoples. Yes, that karma is catching up to Europe.
Europe invaded Afghanistan, Iraq and Libya, and allows the brutal Israeli occupation of the Palestinian people. If you look at many conflicts in Africa, it's European powers that are arming combatants and encouraging tribal conflicts to better divide up nations and control other people's natural resources. Europe is indeed, going through its period of chaos, and hopefully will one day build another civilization. Maybe one day. Bless Will Durant's hopeful optimism, Europe needs to embrace an idea.

But it is France in particular I wish to address now. Why France, and What's Up With France?

Yes, I was  drawn to France, for reasons outlined in Mary Magdalene and the 12 Miriams but also my own. The feeling of being there before. Someone who should have brought about change but didn't, unfinished business. Until things were resolved, there would be terrible tragedies.

I wanted to go to France after I was done with Italy. But that won't happen till certain conditions are met.

First, understand and resolve your karma. Keep in mind every thing I say is through a spiritual voice, and even though I appreciate France's role in the Enlightenment, I don't see what I say as incompatible with rational discourse.


First understand your past and the consequences thereof.

The Dreyfus Affair and ingrained anti-Semitism that now translates into Islamophobia and anti-immigrant rhetoric; they don't want to live in your country, they're fleeing your bombs and puppets misrule.

The Sykes-Picot Agreement and all subsequent plans to dismember the Middle East; other people's lands. How's that working so far?

The Franco-Algerian War and the Suez Crisis a brutal anti-colonial war, the repression that followed it, the Anglo-French attempt to seize the Suez canal. That this defeat of the French, also in Vietnam, and the loss of its influence in Lebanon and Syria, still resonates in France and French attitudes, is a fact. They of course were quite happy to help Israel produce a nuclear device to help balance the powers there.

France's role in the Rwandan Genocide with the slaughter of up to a million people, brought more karma.

The Attack on Libya which was a French not an American idea though the politicians loved it, which then led to the Syrian Civil War and calls for 'intervention' again pushed by France. This buildup of karmic debt which became insurmountable. Like the US, the UK, Israel, Saudi Arabia, you will pay and continue to pay. The enemies are not a rag tag band of mercenaries you never can defeat, not an idea that never existed except in propaganda channels, the enemies are your own leaders.

My message is very simple. It is not elegant;  it is not sophisticated perhaps. Live up to your ideals. Liberty, Equality, Fraternity. Love your neighbour.

It doesn't matter whether I go to France or not now. Changes for good or bad take place anyway when I look into a place's karma. Not because I wish it, but because I know it. But yes, I bring change that will shake you. Don't think the way of the world will go on forever. I will show you a way.
The true battle will take place inside you. You will wake up from your sleep and see what is real, or you will not. You will fight to change the world, or you will not. Your weapons will be not bombs, terror, or killing, but magic, spirit, and love. I wish that for the people of France.