You go to a place,


and know every part of it.


whom you have loved many times.


You say to yourself,


I have done this


in many many lifetimes,


(I think Shelley said that)


We moved to England right after I was born. My father was in the Foreign Service so I grew up in London, my favourite city in the world. But it was that blessed isle that felt like home to me. Islands have a sacred energy which is like no other. I have lived in two of them, Britain and Japan, and hope to one day visit Hawaii, New Zealand, and Ireland.


But it was first the spirits who thronged around when I was there, the spirit of Atlantis so strong as carried forth from Lyonesse, the Old Atlanian flame, the time of King Arthur and the time of Jesus who visited it so many times. The people are magical, yet so many don't know this, and there are so many that do, but don't know how to integrate all that within themselves.


If there was a place I would live in besides Canada, it would be the British Isles, so strong is my connection there. It is a promise made in so many lives, that I would return when needed.


Walk around Stonehenge, Avebury, the White Horse of Wiltshire, Wordsworth's daffodil field, a place called Bluebell Woods, Loch Ness and the Isle of Iona where the ancient Scottish Kings were buried, and you feel the stones and the sky and the spirits speak to you.


A bus driver in Devon says "welcome, brother" and you know what he means. There is a 15 year old young man discovering his power in the Yorkshire Downs who has as much raw Psychic Energy as my own children, and that's saying a lot.


Two million people march against war in 2003 and you know that there is a British spirit that will never change, and magic will always exist, there.


But: There is much done in its name and there is an imbalance that requires healing.


So I go to Britain, many times. There is a ceremony called the sacred marriage which combines Earth and Sky energy to heal the planet.


The first ceremony held in 1999, on a hilltop in Dartmoor, brings two swarms of bees and wasps who crawl all over our hands. No one is bitten, but I see that as the need for healing. Next year there are floods in the South of England, yet none of them reaches Heather's door.


I visit again in 2000, 2004, 2005 and twice in 2007, and every time I arrive, the weather changes. I offer healing, but also say, your future lies in the choices you make. I warn friends of specific outcomes which come about; I help a woman hold on to a pregnancy she was afraid would not last, I meet an assassin who shows me how much Britain also does in the field of dark magic.


I feel that 2007 will bring much change, so bring my family over for the summer. The week before we arrive, there is a bombing at our airport. The rains that have poured for 3 continuous months stop. We have a glorious two weeks in Scotland and the Lake District, that is, wherever we go the sun comes out while it rains in the rest of the country. Heading south into the greatest floods in a century, we pass through a landscape of flooded fields and towns. Arriving in Devon, the sun comes out again, and we have another two wonderful weeks in Devon and Cornwall.


Chloe and I renew our vows and we have another sacred marriage ceremony. The sun is hot, drying out the floods, but a woman at our wedding dies shortly afterwards because of a cancer she picked up in India. A reminder; we cannot help everyone.


I go back in October to set up another healing center, as I did in Iran. And then, I am done.


What will happen now? I have been there so many times, my spiritual awakening has so much connection here, but, time to move on. Now the people can follow the Way of Atlan, or accept whatever comes. Their gifts are great, but so too are their responsibilities.


Do not live ordinary lives.

Email ThisBlogThis!Share to TwitterShare to FacebookShare to Pinterest
Labels: Past Lives

A Bird Came For Healing 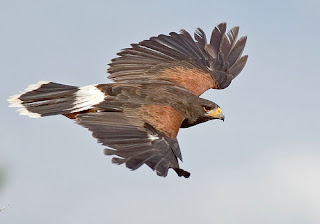 In 2004 an American Bittern flew into my backyard during a rain storm and sat there all day in the pouring rain. It was obviously sick so I went out and did a healing on it, and it flew away. The American Bittern's natural habitat (in the spring, when this happened) is almost a thousand miles away. My wife Chloe's aunt passed away that night. A little while before that Chloe was out in the garden and saw a huge Merlin Falcon circling overhead. She and our neighbour both stared at it for a while. The neighbour's wife came out briefly to look then went back inside. She passed away from a sudden heart attack that night.

Two Canada Geese landed at my in-laws home and stayed for hours in their garden. The geese were followed by a hawk. It had striking red feathers on its front and sides, and leather tresses that indicated it had belonged to a falconer, but somehow it was either lost, or roaming at will. It came by every day and sat in a tree in her garden, and she sang to it. She identified it from National Geographics Book of Birds of North America as a Harris Hawk, which is found only in the South Western U.S. and South America. A long way from home. When it was caught they saw the owner's phone number. He was surprised to hear from her, for the Hawk had flown away 2 1/2 years ago from San Diego, California. 3000 miles away. He came up in a plane to take it home.

Margit, my mother in law, was about to throw out a tropical plant her other daughter had given to her 12 years ago. It had stubbornly refused to bloom, and she wanted to clean up. Within two hours of the birds showing up, there were buds all over, and now is in bloom. She recognises that was a miracle meant for her.Two songbirds showed up in our garden and sing all day long now. Our daughter Gebbriel started to sing to them, and her sounds are just like the birds', so they sing back to her.

We must look at the first message. Why are birds coming to us for healing? I believe, because of the imbalance of Earth's energy which has been so distorted by Man that Man himself is distorted. A reminder, then, to follow our own healing, which must go alongside with healing the Earth.

Then: We all have a passion for learning, and the freedom to follow our path. Those of you who've read my previous e-mails about birds know I see them as messengers from God, from spirit. Sometimes they signify a death (going into spirit) but really it's a letting go of your ego, which can be a death of the old you also. (Angels can appear for that reason too) The message is, follow your path, and do not let anger, fears or emotions hold you back. The message is about freedom, but know this: It is not others we need to be free of, but from ourselves that we need to free, and let go of all the things that hold us back. I wish you much love.