The Horoscope of the United States of America

My first love was an American


Growing up in the diplomatic enclave of Tokyo I first came in contact with Americans at the American Nichimachi School and many of my neighbours were also, American. They were open and friendly, and I made many friends.


Then when I returned to Pakistan there was another family right across from us, funny enough. The father was American, the mom, Russian. How they ended up in Karachi I never knew, but the older brother, Christopher, was my friend, and Margaret, who was about my own age, was my first love.


She really liked me, and I, her, but being 10 at the time we never really knew how to proceed, and then she moved away.


Me and my family almost moved to the U.S. in 1970 but came to Canada instead.


So, for me, the United States is like one's first love, a memory that always remains in one's mind, like the question, what might have been.


As I grew up I realized there would always be the dichotomy of the ideals of the American Republic and Constitution and how it rose to greatness on the backs of ruthless expansion and war finance of its economy.


Now I have written at length about how I tried in previous years to bring about a spiritual awakening movement in the United States. (See "A Spiritual Journey to the United States") http://manfromatlan.blogspot.com/2007/12/spiritual-journey-to-u.html originally published in late 2001 then again in December 2007.


I was reminded of this just a few days ago, when someone asked me a general astrological question ;)


I said well, some Cancers were going through a rough time.


And since astrology is a theoretical science, it will never be 'proven' as there are indeed too many variables, so I try to avoid any blanket statements as to how, or when.


But, the day after I said that, the eastern seaboard of the U.S. was struck by a rare earthquake and the Washington Monument cracked.


And the US is a Cancer country, born on July 4, and this was a message.


So, if astrology is a karmic map, I can say the U.S. is in for some interesting times!


This is what I wrote shortly after the events of September 2001: "And if Earth Changes are required to bring about harmony, let them take place"


And: "This applies to all the people of the United States. You, and all your generations, are trapped inside a spiritual, emotional and karmic place, and never will be free until you heal the harm that was done in your name"


Please understand that all this shows in the horoscope of the U.S. The Sagittarius ascendant shows the ideals that formed the basis of its founding. The Mars Neptune square, deception and corruption of those ideals. Pluto opposite Mercury and Pars Fortunae in the 8th house, ruthless exploitation of natural resources and jingoist propaganda to exculpate that. And Sun, Venus and Jupiter conjunct in the 7th house, being so blessed with good fortune and love from its allies.


But, every cycle comes to an end, and the planets now show so clearly what will be.


Saturn returns to its original position every 30 years, (It became exact in November 2010, continued through 2011) and signifies a time of renewal, but also, the culmination of activities that have formed that cycle, for good or evil. Karma is just a form of balance.


Pluto opposite planets in Cancer, signifying a shift in national identity. And in September, more upheavals going into the new year.


I know how to offer help, but don't know how to ask for it. Yet I do know one thing. If there is going to be that spiritual change which is the only possible thing that will ensure our survival, it must begin there, in the United States. If there is one person of means out there who is prepared to take a chance and help me, then let me know. The information will always be available to everyone, but, at this time of my life, I will ask for help.


I look forward to hearing from you. 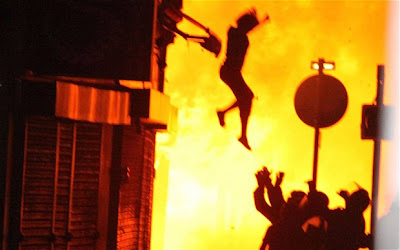 This is so sad


I missed being born in London by just three months.


I have been to the U.K so many times it had become my second home, and yes, I love the people very very much See "Rule, Britannia"


where I write: "Two million people march against war in 2003 and you know that there is a British spirit that will never change, and magic will always exist, there"


But, after my last visit in 2007: "There is much done in its name (Britain's) and there is an imbalance that requires healing"


What I do in my trips is train the healers who will be needed in the time to come. And what I also do sometimes is send healers to places where healing is required. So two sisters in Canada married Brits and moved there, then one came back on holiday last month, and when she arrived, the hot weather changed to thundershowers, and the wet weather in the Lake District became quite sunny :)


Then we had a meditation on August 6 and again, these meditations are circles of energy meant to bring about change. On a little scale (little only because it happens so often) my daughter rubbed her hand on some one's arm, and a mole that had been growing and sparking fears of skin cancer scabbed and fell off the next day, and on a broader scale, riots broke out all over England.


Ironically this happened just weeks after people were treated to the live coverage of media tycoon Rupert Murdoch being questioned about his role in a scandal where revelations were made about the corruption of top politicians and cops.


I do not condone or explain away violence. It is morally wrong and soul deadening. But in a world where we routinely bomb Libya to get at its oil and kill over a million Iraqis because of a lie, and people are out of a job because of financial manipulation and my friends tell me how their home values have fallen and they are hanging on by the skin of their teeth, I am sorry, but my moral outrage is directed...elsewhere.


And yes, a whole generation of our children is lost, as I said on my other website, once.


But I do believe this: the world as we know it is changing. All over the world people are realizing the failures of right wing policies and throwing out their 'solutions'. All the prophecies I made have come into play, and yes, once again I say that things will become much much worse.


But, I also believe this: We will not repeat the mistakes of the past. There is a spirit of revolution in the air, but that will come through community, and spirituality, and sharing our gifts with one another.


I know that around the time of the London Olympics, there will be great change.


And what I said at the end of my article, Rule Britannia, I say again to young people everywhere:


Do not live ordinary lives.