Journey of a Healer 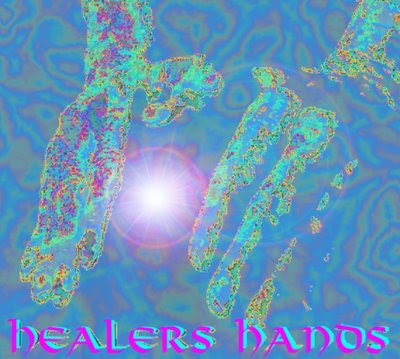 Following your path is never easy, even for myself. If you chose to incarnate, you chose the karma. I've had a long journey, and many experiences which I'm sharing with you, in bits and pieces because well, it's a long story.

The Spiritual Lives of Children. I had many experiences, but knew to keep to myself because it would never do to talk about being able to see people's colours and feel their thoughts, seeing spirits and communicating with them.

Seeing the Future. It's a terrible thing, but I try to help. You can, through inner peace, heal your karma.

Healers (and people) need to find a way to balance their emotional sensitivities. I use the discipline of medicine, and meditation.

The great need for Healers in the time to come. I denied it in myself, even though when my son was diagnosed with Autism, I was healing him every night for seven years (he got well) and a friend with cancer was told he had a week to live, and recovered.

This article describes a period of time where I discovered my healing abilities.

Journey of a Healer

The Harmonic Convergence of 1987 was a wake-up call for the planet. All over the world those who had been called as healers were told to prepare for the times ahead.
My spiritual work was on hold, as I focused on the needs of family and profession. A friendly psychic told me to restart my psychic work that I had been doing since 1966. So, I started seeing people again, counseling them as best I could, teaching that it wasn’t about fortune- telling but rather looking at the areas of their lives that needed change and offering choices. Of course, people were used to having someone tell them every thing would be all right, and I said no, the world would be in a much worse place 20 years from then, but they, if they weren’t afraid of choices or change, would be all right.
I was at a Psychic Fair in Niagara Falls in September of 1989, in a booth where I was giving readings. The woman in the booth beside mine offered a healing in exchange for a reading. I knew then this was what I had to do, and what I had suppressed in myself all this time.
Immediately after that I had the opportunity to hold the Anna Mitchell-Gedges’ Crystal Skull in my hands. This unique skull, found in Belize in the 1920’s, is an artifact from Atlantis. The method used to create this skull was clearly of extra-terrestrial origin, and awoke such a longing within me; it felt like home.
Then as soon as I got back to my booth someone brought a lady to me and asked if I could do a healing for her and I said sure. She had a tumor in her brain, and was due for surgery the next day. I placed my hands on her head. Everything that I did felt right and I just trusted that I was helping in some way. The next day when she had the operation her tumor had shrunk and the operation went smoothly. She is still alive today.
I had always been a healer, even if I avoided it, even as I avoided my path. Yet, when the time was right, I was reminded of what I had to do.
That night I sat in a restaurant above the Falls, thinking about the direction of my life. I would make a decision by Dec.28, 1989.
I was sitting on a beach in California. A movie producer who had seen the treatment of my manuscript had just told me “we would be interested if this were a published book”. And I said, “It’ll be published in six months” I decided that day I would quit my job by April and publish the book myself.
I went back to Canada, handed in my notice, quit my job, and the book was out in June of 1990.

Then I quickly, quietly, went broke.
But someone read the book, and introduced me to another person, and now I had a practice as a Spiritual Healer. The movements came naturally to me; I had no teachers on the earthly plane, but this was what I was doing, through my remembered past.
I learned a lot of things, which I will share with you one day. I went from healer to teacher to Gnosis, only to know that Gnosis had always been inside. I knew that I had always been on my path, and whatever delays and obstacles had come my way were just lessons that I had to learn. I don’t claim enlightenment, just an awareness and knowledge of myself. And if I can help you understand yourself, then I have fulfilled my purpose. And world peace will not come until you have peace inside yourself.
I wish you Peace, Love, and Joy.
Naseer Ahmad
c-2002

Email ThisBlogThis!Share to TwitterShare to FacebookShare to Pinterest
Labels: Healing