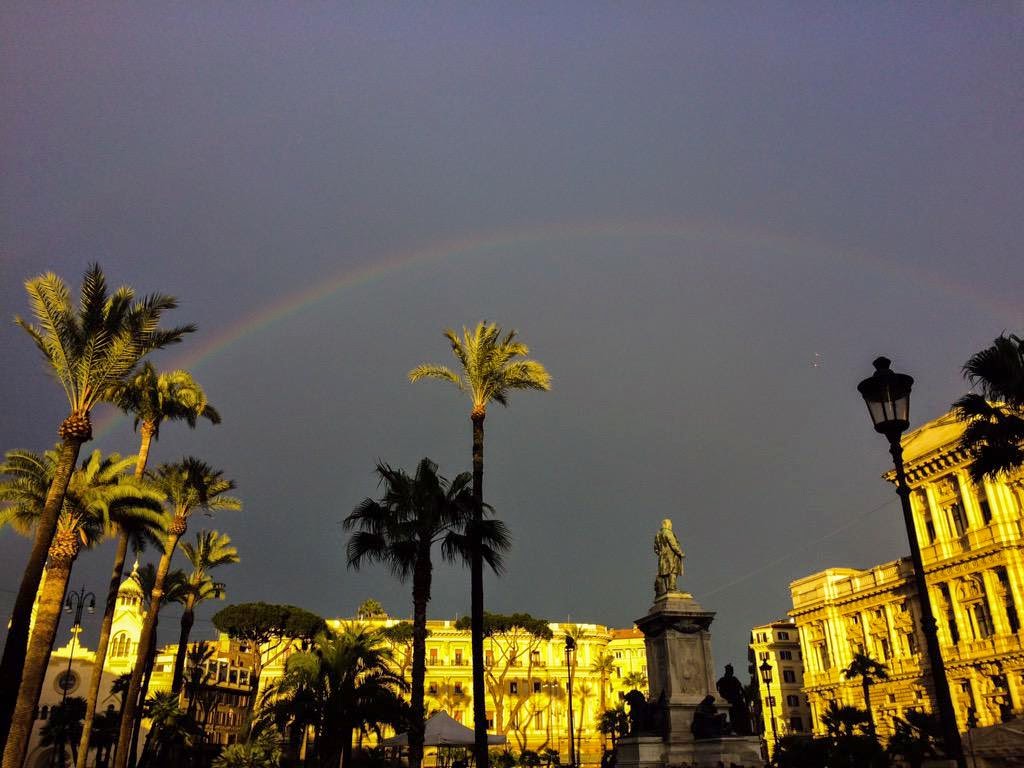 Passion is peace,
and peace is passionate~
Dante Alighieri ~ Paradiso
(A delayed blog, from March, because things were happening). We had a snowfall last night, and every thing is peaceful outside. But this has been a year of upheaval too, so my message is to help bring people back to the peace of the day. Dante's Heaven was the residence of God, and perhaps we see heaven as a place of peace, that we can escape to from this post apocalyptic world. Yet, as Yeats says in his masterful poem,
The Second Coming
The best lack all conviction, while the worst
Are full of passionate intensity
How can we bring the true peace inside our selves? Do we engage, or disengage from the problems of others and the world around us? What does being spiritual mean, any way?
I know I spent rather a lot of time writing about the case of the Murder of Meredith Kercher. It was important to me because it was a promise that I made to her spirit, that I would help. I ended up helping a community of like minded people. That the Italian Supreme Court ruled, in violation of its own principles and a ruling, not yet explained, is a matter for it and the Italian people to resolve.

At what point do people give up on a struggle? It was interesting I decided not to go back to Italy. It was interesting I cancelled, for the first time, my group meditation. A lot of people gave up after this court decision. I didn't, but the question what do I do next, did come up :) Note that I believe we face a crossroads and make decisions that affect future direction every day.

I have been engaging more with people of rationalistic mindset, true. But what began decades ago, has always been following a spiritual path, for reasons not always clear but I was sure about, well this was a part of it.

Sure, there are things we ask and wish for, but when they don't happen, do you just give up on it? That is your decision to make.

I know that when I started one of the first classes in meditation in Toronto in 1971 I came to the attention of ex followers of Maharishi Mahesh Yogi and Guru Maharaj Ji (Prem Rawat) but instead of starting another group and temple I said their temple was inside them, and they could follow their spiritual path from wherever they were. Then I left them to go to London, writing books, teaching that we had to work, not just on the spiritual plane, but also the emotional and physical.

Then the many special trips to the US, Iran, UK, and Europe, teaching many thousands. Along the way, you meet the people you must, those you will help and who will help you, and the occasion that shapes future direction. Why didn't I finish my books? Answer: I've already written more than, through the internet and affected and influenced many. Why not a spiritual healing and meditation centre? When the occasion demands it, it will happen.

The woman I found collapsed in the snow is well now. The man I knew with cancer is recovering. The man in a coma, well I hope I meet him one day. And one day, when I am able, I will write my books so others can read and be helped by them. Till then, I help through this medium.


Those who think they 'lost', won,
Those who say the 'won', lost.
There are many struggles around the world. I was reminded today of the ongoing battle for the soul of the Jewish people. Does their never ending quest for peace end because the Palestinians are denied justice? Environmental degradation. Economic imbalance. Health. Injustice. Relationships that attract karma.
You are faced with the total collapse of humanity as radiation from Fukushima, the entering of GMO into the food chain, genetic damage from vaccines, and the poisoning of the water supply, all affect your health. Do you want to give up now? Or do you think somehow you will be OK? What world will you leave your children, or have you given up already? Will you stand around and let others carry that burden?
I have met and helped so many of you. But it is still up to you to help me change the world. And the time, finally, is now.