A Conspirological State of Mind 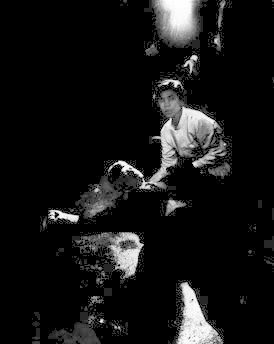 Where were you when U.S. President Kennedy was assassinated? I call it the Kennedy moment, when so many people started to believe in conspiracies. I was in school at the time, and had the sense, even then, and with all the major historical events that took place after that, of being lied to. If the purported government 'investigations' weren't so laughably full of untruths, the way a parent can tell when their children are lying, then perhaps people would still believe in the benevolence of government.

By the time Robert Kennedy, Martin Luther King, and John Lennon were killed, it became almost automatic, with people looking for the conspiracy behind events, while the media, politicians and assorted psychologists sought to tell us that there was a new sort of mental illness making the rounds, based on people trying to understand human tragedy by 'blaming it on someone'.

Still, the scepticism grew, with more and people believing that the elites killed those who stood in their way, governments were hopelessly corrupt, and the media was paid to lie. On the other hand you had the lumpen proletariat, the hopelessly hypnotised, whose opinions needed to be moulded in order to retain control of society. But people still need to have a constant diet of assassinations, falling down buildings and celebrity icon deaths to create a mass psychological mania which would embrace the giving up of our freedoms.

So the Kennedys, John Lennon and Princess Diana were assassinated, and 9/11 was an inside job.

With my Scorpio nature, with its interest in sex, crime, and the hidden aspects of high politics and history I confess to a conspirological state of mind. I also have the experience of belonging to a military family, with ties to high ranking generals, financiers, intelligence services, industrialists and even presidents. Not that they told me any state secrets :) but, discovering secrets is a Scorpio trait.

In Pakistan, I saw first hand the nexus of drugs, secret operations and big power interests, and in the U.S. I met many fine conspiracy researchers, way before the Internet, with their file cabinets full of information, index cards, and self-published books and magazines. They were a thoughtful, eclectic bunch of free thinkers all right, with none of the stereotypical images of racial hatred, intellectual naivete or social dysfunction much presented by the media. But in the end, my conclusions were my own, based on my political and historical research and experience.

It is said that the nature of a successful conspiracy is that it's unprovable. Oh, you can gather a whole lot of evidence and all you can prove is a) the power of coincidence and b) that government is inept and incompetent. So the fact that various services were conducting hijacking exercises on 9/11 and terrorist attack scenarios on the day of the London Tube bombings while also tracking the 'terrorists' yet somehow failing to stop them would just prove a) and b) . So what? Even if you had proof, what would you do?

Nothing much really, which is fine with the elites, since all conspiracy research does is create inchoate rage and paranoia. That is why I prefer to observe, to be detached, and to look at the future I see happening. Will it be a Prison Planet (to name one conspiracy site) or will it end in wide scale destruction in which there will be no survivors (even the ones preparing underground survival centres)? I leave that up to you to decide, and all I can say is that the world will be changing, soon.

It can be said that there are many interlocking conspiracies, in global corporations, financial markets, government, science, religion, and even, medicine. There is also however One Big Conspiracy, which has been working for thousands of years to one purpose. Control of the planet's resources, and the enslavement of its people. The enslavement is almost complete in the realm of the mind, and nearly complete in the material world. Paranoia? Perhaps, if it isn't true.

But who is behind this then? The answer is not, 'The Jews", and any one who says that is wrong headed. There has been a strain of mind control going all the way back to Atlantis, with artificial divisions of race, nationalism, and religion. That this division, and the people and forces responsible for this resurface again and again, is a given. An unprovable, but observable, given.

And the Jewish people, for all the gifts given to them, are blind to this danger in their midst.
Here are the people behind this. Jewish financial elites, European royal families, and much of Organised religion, all working through the power of the state. They control Crime, they buy and sell global corporations, they start wars so they can profit, and their biggest weapon is not even killing, but Lying.

What can you do to defeat them? Nothing. Just strengthen your self, your spirit and your mind. See where the lies are, don't be distracted by, don't buy into, them. And if possible, just don't buy their shit.

They lie, steal, cheat, and kill. Make sure you don't do the same.

Email ThisBlogThis!Share to TwitterShare to FacebookShare to Pinterest
Labels: Conspiracies

O son of Pritha, in this world there are two kinds of created beings. One is called the divine and the other demoniac. I have already explained to you at length the divine qualities. Now hear from Me of the demoniac.

Lord Krishna, having assured Arjuna that he was born with the divine qualities, is now describing the demoniac way. The conditioned living entities are divided into two classes in this world. Those who are born with divine qualities follow a regulated life; that is to say they abide by the injunctions in scriptures and by the authorities. One should perform duties in the light of authoritative scripture. This mentality is called divine. One who does not follow the regulative principles as they are laid down in the scriptures and who acts according to his whims is called demoniac or asuric. There is no other criterion but obedience to the regulative principles of scriptures. It is mentioned in Vedic literature that both the demigods and the demons are born of the Prajapati; the only difference is that one class obeys the Vedic injunctions and the other does not.

Arjuna questioned, and doubted, like everyone else. I believe we have both sides within us, which is why we have freedom of choice.
And every being may choose to be regulated by religious injunctions, or not.
Especially when we look at the historical record and see that religions have evolved and adapted over time, and we need not accept a collection of interwoven myths truth and individual interpretations beyond what we can, as free beings, accept in the light of reason and our own god-selves.

Hi.. Thanks for this informative article. I really liked it. I also came across this similar site with nice articles and videos on vedic prinicples - http://www.vichaar.tv

It is a nice site: will visit it again.