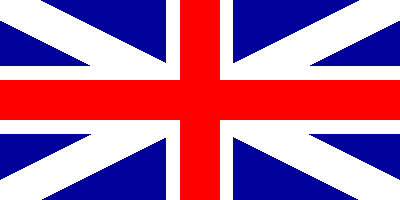 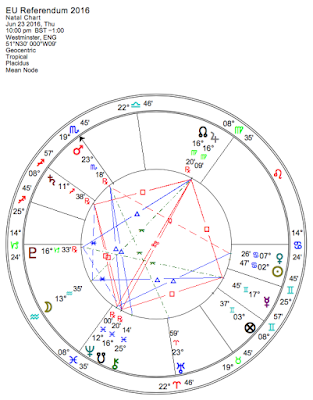 The Union Comes Into Effect
﻿
﻿
We have had worldwide upheaval since the Pluto-Uranus squares of 2010-2012, compounded by attempts to bring everything into balance since the 2014 Saturn-Neptune squares. People dying from war, refugees streaming into Europe, marriages and unions in upheaval. Now, with the people of the UK having voted to leave the European Union, time to ask what next? This was what I was writing, then the US bombed Syria. To the subject at hand, but remember, your country tried to pass a Security Council Resolution against Syria today. Karma will out.
Sometimes, Seeing The Future Can Be a Terrible Thing but I would prefer to talk about possibilities, not certainties. Yes, I've written extensively about the future of Europe, about the U.K., but always from a spiritual and historical perspective, pointing out that people have the power to alter their destiny.
This why I use astrology; to look at things from a slightly different perspective to try understand people, events, nations..
The horoscope of your birth shows your potential as a person, that of a nation its strengths and weaknesses, and future direction.
There are many National Horoscopes of the U.K. and Great Britain so it's a question to decide which is the right one to use as a starting point. Some astrologers use the 1801 Acts but in my opinion that changed when most of Ireland withdrew from the Union.
Since the Scottish parliament has just issued its intention to request a referendum to secede from the Union it made sense to use the 1707 Acts of Union as the base line to see what next for the people of Great Britain? May 01, 1707 0:00 hrs. was when the two kingdoms became one. I also use the 0:00 time for the EU referendum chart. When you don't have an exact time for an event the energy at the beginning of the day still tells a picture.
I used similar methods to make my analyses of the Trump win and his presidency, and the many articles about the future of America.
God Bless Scotland I wrote when the Scottish People voted to remain in the Union in 2014. "But watch out for shocks ahead".
What's Up With The U.K.? after the 2015 floods. "Wake up calls", but also, "We are slowly taking back the world, one country at a time. My country, Canada, first. With leaders and parties who will be held accountable".
After Brexit, What? written immediately after the referendum. I thought it was a mistake, and said so.
I also wrote "The British people have spoken. .. yes, voters have made their choice clear and I respect that. I  also believe their vote, made perhaps out of fear and anger, was the right one. The Leave politicians, forget their xenophobic fear mongering, lied to them about the economic consequences of that decision, so yes, unfortunately, I expect serious fall out.
Why, then, do I believe it's the right choice?

If you look at my dozens of posts on Europe and the U.K. on this blog you'll see. (Yes, many of their policies seem bad, but you really were and would have been better off with Europe. Only the America worshippers see otherwise, till you sign away your patrimony).

This is what war, invasions of other countries, and unfettered greed does to you, and if you don't like the consequences, sorry....

Whither Goest Thou, America? And if you can't decide, then maybe, you need a President Trump though honestly, President Hillary will be worse."

And this is me, unfiltered: Don't expect a better union or trade deal with the U.S. It will be an unmitigated disaster. They're already aflame and will drag you down. The best deal was with Europe.
Now, to the astrology. The EU referendum chart Grand Cross creates immense stress; Saturn, the planet of karma in Sagittarius the sign of seeking freedom in the 11th house of friends and associations square Neptune in Pisces (illusion) and Chiron (wounded healer) in the second house of finances and emotional resources opposite Jupiter/Moon's Node in Virgo (critical analysis tinged by emotion) in the 8th house of joint finances and inheritance, shows this was a decision made on hopeful delusion and optimism Brexit would make things better. It won't.
This squares Mercury (communication) in the 5th house of creativity but also, gambling, taking a chance. Since this is a negative, not positive aspect, it shows the lies of the media, failures of communication, that led to this decision. And since the 5th is the house of children, you are literally poisoning the future of your children and  subsequent generations.
Pluto on the ascendant shows the underlying, unresolved divisions in the UK made this referendum result inevitable.
Transiting Pluto in the 1st house of self expression and individuality squaring Uranus in the 4th house of foundations show further upheaval, as the shambles of Brexit negotiation shows. Uranus squaring Sun and Venus in the 6th house of health and employment since 2010 show why your declining figures there caused deep dissatisfaction with the current state of affairs. Perhaps you should have blamed the Tory government and not, Europe or immigrants?
Now to your birth chart, when two Nations became one.
Chiron in the 1st house  shows the deep wound that this Union created and still carries. Culloden, the Highland Clearances. But Venus in the second shows your joint creativity made you the richest country in the world, and three planets in the 3rd trine Jupiter in the 7th shows your union was beneficial.
Transiting Saturn in your 12th house of restriction shows the problems ahead. Pluto in your 1st House of self-expression makes you er, obstinate but also, self-destructive. Squaring transiting Uranus in your third house of communication means others find you er, difficult to communicate with (and your negotiations with Europe will, sadly, fall apart).
I don't have to remind you can always cancel Brexit. That's your decision.
But if England leaves Europe, then Scotland must end this union, for its own good.
On the other hand, I believe that now, more than ever, we should work on all our unions, personal and external. Your marriages, your alliances. It no longer is a hegemonic world, nor can we be isolated islands. Russia and China, with far more sane leaders than the US, UK, and France axis, are building infrastructure into Europe and buying up sources of raw materials all over the world. Your children's future belongs to Europe once you take the blinkers off. Decent jobs and education, health care, or, they can be unemployed or work at McDonald's, your choice.
I have long and deep ties with the U.K. going back many lifetimes. I have great friends there and known how good hearted they are and yes, I am concerned for their future.
Perhaps, it will be a Great Britain once more.
﻿