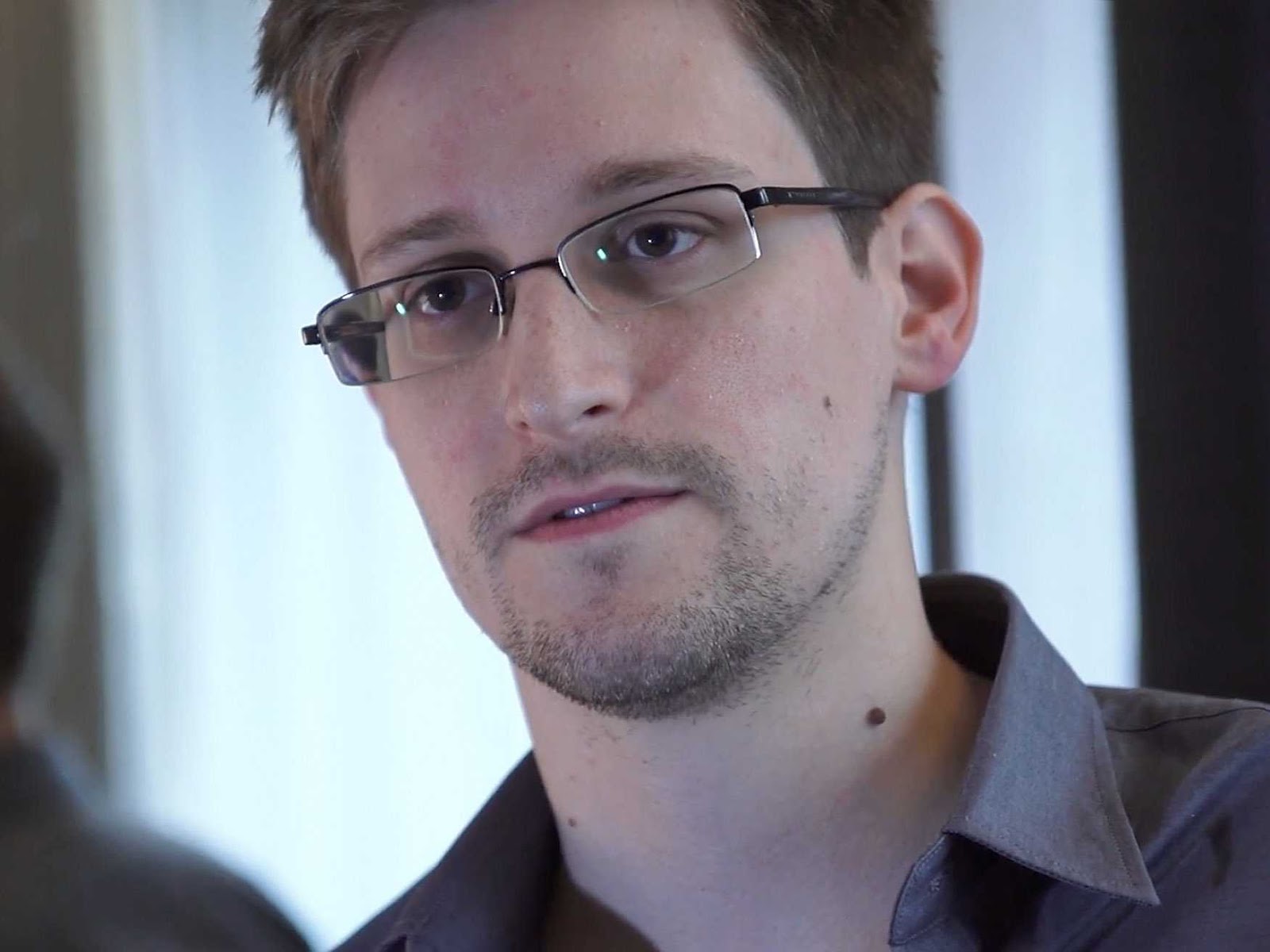 Tuesday's child is full of grace

Edward Joseph Snowden, born Tuesday, June 21, 1983 in the US, is indeed, full of grace. Not since Daniel Ellsberg released the Pentagon Papers has there been such a widespread impact on people's knowledge of the extent of governmental lies, and how little they trust us little people.  This former National Security Agency whistle blower and analyst did not tell us much we who have been following the illegal wiretapping of our private information since the late 70's do not already know, but his impact on the world has been earth shattering. Edward Snowden, like Pfc Bradley Manning, like Daniel Ellsberg, and so many others like him, is a true American Hero.

Why is it that the best of us sit in exile, and the worst of us go their merry, oblivious way? This is not the America I naively used to love, until I grew up. It is a funny sort of world, that a president who was for whistle blowers is now against them, and a secretary of state who was against war is now for it, as he 'makes the case for war against Syria'. Yet, amazingly, people are pushing back, and it is a time that has taken long in coming.

The coming changes to the United States have been building slowly, but it was only after the events of 9/11 that I said then, the United States had changed..forever. This is an America that treats its citizens as enemy, and punishes those who seek to expose its lies. This is an America that assassinates presidents, civil rights leaders, journalists and activists. Award winning journalist Michael Hastings, who was reporting on the War Machine, died in a suspicious accident. Witnesses to the Boston Marathon atrocity in fake police shoot outs. Open Internet activist Aaron Swartz driven to suicide. E-mail businesses closed down rather than submit to illegal searches of their members accounts. Wikileaks founder Julian Assange seeking asylum in the Ecuadorian Embassy in London, Pfc.Bradley Manning, who leaked evidence of war crimes in Iraq, getting a sentence of 30 yrs imprisonment. And now Edward Snowden, in temporary exile in Moscow as he can't even fly safely to Ecuador.

I never met met him, (got a personal thank you tweet once) but all reports indicate Snowden is motivated by patriotism, of a libertarian Ron Paul kind, and I applaud him for that. As to his character and motivations, Astrology always gives an answer...

From his chart above, I note first, that his birthday is June 21, which just so happens to be the birthday of my younger brother who died of leukemia just before his 10th birthday. It was his death that set my path as a healer and teacher. Then there is Snowden's Moon at 13 degrees Scorpio, exactly the same degree as mine, a remarkable coincidence. (We share the same delight in finding secrets,  and revealing them :)

His Gemini ascendant shows a person motivated by idealism and honesty. Sadly, such people often pay a personal price. His Mercury in the 12th points to exile away from his home, but still, being close to his ascendant, shows brilliance in his field of computer engineering and architecture. (The Moon in Scorpio shows his work in intelligence, and coincidentally again, I almost ended up with the Pakistani ISI if my path had not brought me here)

Sun, Mars, Moon's node conjunct in the 1st house opposite Neptune in the 7th show the conflict between personal character and the need to keep secrets for 'the greater good'. May make lasting relationships difficult, so a little sadness there.

Venus in the 3rd trine Uranus-Jupiter conjunct in the 6th denotes a live in public service, that he is personable and well liked by many, even if some find him too honest, too much. As I  might say, so? These two planets in the 6th opposite Mercury in the 12th house show a concern for his nervous system. Try to release stress, bro. Yes, the world is full of shits. Don't let them drag you down ;)

Saturn conjunct Pluto in the 5th trine Sun-Mars-Node in the 1st show his personal physical courage and that he is compelled to push against power structures, makes decisions based on what he thinks is best, a risk taker at times. (A good thing, that he dislikes cowardice in the face of moral outrages)

And lastly, on a personal note. A prayer for Edward Snowden, that there be a solution for his plight. We each of us have a place, and each of us must either act with courage, or take the path of excessive timidity.

I see signs, every where. Americans are now waking up. They question the endless wars, the so called Patriot Act, they try to cut funding for the attack on Syria, they demand that Congress vote on it, they support Snowden and Manning and those who speak up. They, too, are speaking up.

It will be a long struggle. Years of it till humanity wakes up. One day, we will all find God.

Email ThisBlogThis!Share to TwitterShare to FacebookShare to Pinterest
Labels: Media and Politics