The Purpose of Astrology 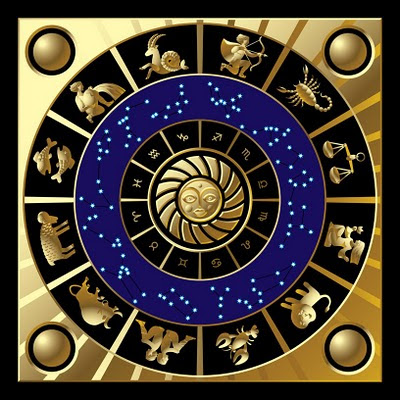 The better to understand you, my dear
Some sceptical folk told me they didn't 'believe' in Astrology. Which is cool, except Astrology isn't a belief system. Do they 'believe' in Psychology, or meteorologists who 'predict' the weather? Are humans sensitive to external stimuli, such as weather changes, environment, or even, cycles of the moon? Now I'm a curious sort, so any form of knowledge is fine by me, though I do find unreasoned scepticism to be a bit lacking in humility.
I was 14 years old when I picked up a Horoscope magazine. Personality traits, world predictions, and even, planting days and fishing time? It seemed natural for me to study the subject. Astrology began from the time of our earliest recorded history, as the astronomers who charted the seasonal cycles noted certain correlations between celestial phenomena and individual, and natural events. An eclipse could be followed by a flood, and Mars in the sky presage drought. And if the star Algol was shadowed by the Moon, war might follow. This was the accumulated wisdom of thousands of years of observation by Babylonian, Egyptian, Indian and Chinese star gazers.
So yes, the stars might indicate changes to nations and empires, and kings and emperors would employ astrologers to help them make the decisions that could help their rule. And the magi who followed the 'Star over Bethlehem' were definitely, astrologers.
But, what Astrology is about, in its truest form, is an understanding of human psychology, and our sensitivity to the cycles of history. Even the great founders of Psychoanalytical Theory, Freud, Jung, and Adler, taught what had already come before, in Astrology. Freud, in his focus on human desire as the engine that drove our deepest motives might have been describing the Venusian or Plutonian narrative; and Jung, with his archetypal theory, sun sign characteristics; and Adler, whose Sibling Birth Order theory seemed so unique, would have found sibling birth order echoed in Chinese Astrology two and a half millennia ago.
But anyhow: it's a tool for human understanding and only by studying it can we unlock its secrets. Even the birth horoscope can be a mandala one can focus on for meditation, which brings insights into our deepest personality.
And if each house of the horoscope is a focus of energy that impacts different areas of our life, then understanding it gives us better control of our lives and free will.
And when one meditates on the horoscope of a people, or a people, one sees the future laid out for them, and the nature of the karma they must face...
The predictions I have made have been based on my connection with the future, even when they were only one of many possible futures. But to have it confirmed by Astrology was even more gratifying, one more piece of knowledge to add to the library in my mind, and to provide guidance for the future.
How does Astrology work? Are we made who we are by the stars, or, do we reflect, synchronistically, the cycles of the planets and the stars? I believe that in the end we are all bound together by ties of energy.
But, what a tool it is! To understand the motivations of the people we come in contact with, and the possible future of the world! Yet, as the Astrologer Grant Lewi used to say, it relates to the metaphysics of time, space and motion. Through that we can understand the cycles of our lives, and the karma of our loved ones. We can know what energy is bound by the place we live in, or where we might find a person to share our life with.
Astrology has already foretold the great changes to take place in America, just as it showed the natural calamities that have fallen on and will continue to befall the earth. It is a tool that helps us prepare for the future..
But, we are more than the sum of our planets, difficult as it might be to escape personality or karma. We contain the Universe within us, and the possibilities are endless...

Email ThisBlogThis!Share to TwitterShare to FacebookShare to Pinterest
Labels: Predictions 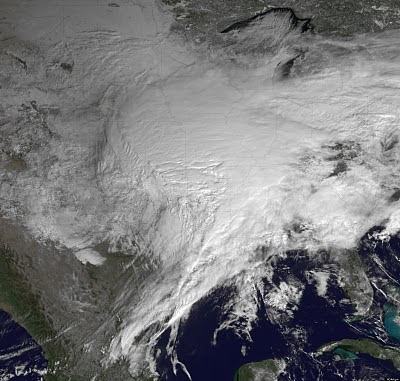 Fate and Destiny; on the other hand, not always.

We were supposed to get "The Storm of the Century" but that somehow passed us by in Canada.

Yet we're still in the midst of the storm of change taking over the planet, and it may be time for us to understand karma, and our place in it.

First, please understand that karma isn't a punishment, or even the consequence of our actions, though I understand why religions use it as a way of controlling human behaviour. Whether we fatalistically say "If God wills it" or Inshallah, whether we see it as part of the Wheel of Time, like in the Hindu and Buddhist philosophies, or that it is an energy we shape ourselves, is something only you can determine, and accept or not in your lives.

I've written a great deal about karma already in these pages, and the many ways it can be manifested, or alleviated. I even, in my teachings, try to incorporate it within Dharma, a Way, or a path to enlightenment.

First, Karma is based on choice. We have been given that gift of free will, so whatever happens, in our material world, our relationships and spiritual imbalances, we have chosen it.

Second, Karma, and its corollary, Dharma, is simply the path to enlightenment we have chosen.

Third, wherever we are out of balance, is where our Karma is.

So, will humanity rise above its conflicts and imbalances and find its way back to God?

I believe it will.

Because, this is what I know:

So there's this storm that covers all our lives, and one even greater to come. A pity that many I reached out to didn't hear me clearly. All you have to do, is ask.