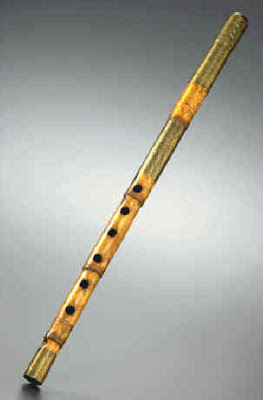 The ney is a 4000 year old Middle Eastern musical instrument; the oldest extant.

In Palestine did perfidious Zion
Descry two tribes of Abraham
Where Aleph the scarlet letter ran
Through convolutions unwitnessed by man
Down to a sunless land
So, thrice thousand miles of fertile ground
With walls and towers were encircled around
And there were gravestones filed in sinuous rills
Where once blossomed children in the country
Of olive trees ancient as the hills
Now enfolding dark leafless tracery

But oh! that deep chasm filled with cant
Down the barren hill with nary a flower
A savage place! as hatred was flaunted
As e’er thing under the sun was haunted
By demon helicopter which o’er field did hover!
And from this chasm, with endless murder seething
As if this torn earth were bleeding
A bomb fell amongst picnickers to burst
From whom it came are thrice accursed
Bullets fly from the encircling jail
A boy and his father torn apart by merciless hail
And ‘mid these sacred fields of forever
Flung up once again the bloody river
Five times five thousand miles meandered the clan
Then reached purgatory measured by Man
Dead floating souls in caverns endless
Overwhelm’d by hordes of infinite fiendishness
And from afar Abraham’s people heard
God’s message: Phoenix bird

The search for the eternal treasure
Stuck athwart a schoolgirl’s grave
And sighs of mingled pleasure
Emerged from sacred Bethlehem’s nave
It was a miracle that from the furnace’s fire
Could emerge such voices of freedom’s desire!

With such magic she
To such heights delivered me

That with magic and song
I would deliver up the throng
To sunny throne! From caves of fire!
And all should cry, Beware! Beware!
Those burning eyes, her waving hair!
Close your eyes to the dead
For on the elixir of God had he fed
And drunk the promise of Paradise. 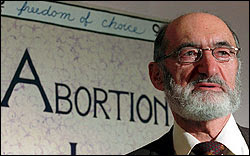 In the summer of 1974 I made another of my leaps of faith: I would write "Man From Atlan" , the story of my past lives that had begun with 'Search for the Soul's Mate' http://manfromatlan.blogspot.com/2007/12/search-for-souls-mate-i-didnt-use-to.html
First, we had to find a new place, so I did, a flat on the 3rd floor of 85 Harbord Street, Toronto. The landlord, an Irish Canadian, was tickled I was writing a book there, and even threw in a chest of drawers for a bottle of Jim Beam.
So I threw myself into writing; getting up early to go jogging, then, fuelled by peanut butter and rolls from the local bakery, would write for 10-12 hours straight. The writing process is straightforward for me. Get in the space, write. Once you start, don't stop till you've finished. That took 3 months. The same happened when we moved to London, and, filled with the memories and spiritual experiences that flowed through, wrote my second book The Way of Atlan.
But for now, I'm writing about Dr. Henry Morgentaler, who's just received the Order of Canada, our highest civil honour. Dr. Morgentaler single-handedly assailed the legal system which made abortions in Canada illegal. Even though he was imprisoned in Quebec and then tried again in Ontario for performing abortions, in 1988 the Supreme Court ruled in his favour that abortions could not be denied by Canada's Health Care system. And this happened in the house where I wrote my book.
Around about the time I finished writing Man From Atlan in 1974, 85 Harbord St. was taken over by the mortgage holder, a lawyer called Morris Manning, who courteously allowed us to stay until we moved to England in 1975. He then leased the 2nd and 3rd floors to his client Dr. Morgentaler, who set up his first abortion clinic in Toronto. The previous owner, angry at this turn of events, then leased his next door property, 87 Harbord St. to a Christian Evangelist, Ken Campbell, who proceeded to harangue women coming to Morgentaler's clinic next door, which made it interesting because both properties shared the same entrance, and demonstrations and counter demonstrations roiled outside those doors for quite a while.
I believe that women have the right to have an abortion. I also know it is the killing of an unborn child, and that there is a karmic price to pay. Over and over in my healing I have seen the karmic consequences and pain carried by women and men by the decision to have a child or not, to be responsible for the love and welfare of a child or not. This is not to blame anyone, neither the woman nor the doctor who carries out the abortion. But in my long spiritual and healing practice I have seen many things concerning Birth and Abortion and have a duty to share what I learned with everyone who wants to know.
I have 5 children and from the time they were conceived, knowing their spirits, it never was an option for us to abort, even though we had to go through a lot of karma with that choice. I respect that many women make that choice out of necessity and it is never an easy one. But the fact is that they were not informed that it put at risk their chances of having subsequent children or might have problem pregnancies or children with a higher degree of cerebral palsy or other illnesses. That the hormonal disruption would increase the chances of cancer (Statisticians on both sides argue this point, but my own observations support this) And spiritually, subsequent children often turned out to have incredible karma with the mother. The karma was almost non-existent when there was a miscarriage, but extremely heavy when it was an abortion.
The Way of Atlan teaches the sacredness of birth, the life lived from the time of conception, and the karmic responsibility that entails. It also accepts that there might be a time when abortion is necessary, and that while there should not be any impediment to it, it could not be just a clinical procedure without any sense of the pain that was being caused, or felt. That I could place my hand on a woman's root chakra and ask if she had been pregnant before, or had an abortion, was a reflection of the energy loss I felt there. So, I could heal that pain, and release the woman and the spirit of the unborn child.
I could also not judge Henry Morgentaler. In an interview at http://www.theglobeandmail.com/series/morgentaler/ he revealed that his mother, who died at Auschwitz, was distant from him and he never felt that she had loved him at all or as she loved her other children. And I could only feel compassion, knowing that this is exactly the way that children of abortion feel when their spirits are torn from their bodies, and how much pain is being carried forward into the future.
I could also feel the irony; the home which was such an important part of my spiritual journey, was now an abortion clinic. The raccoon with whom I would share my peanut butter and rolls on the balcony, was probably being fed fetuses by Dr. Morgentaler, who after all said they were just 'clumps of tissue' (My savage sense of humour, sorry)
In 1984, The Toronto Women's book store was burned down. It was believed that the target was the clinic above it.
In 1992, the building was destroyed by an arsonist.
That was the year our daughter Arune was conceived, and I decided to move on to the next stage, our Spiritual Journey to the United States http://manfromatlan.blogspot.com/2007/12/spiritual-journey-to-u.html
We choose the direction of our lives, and the journey. And now, our journey moves on again.

Email ThisBlogThis!Share to TwitterShare to FacebookShare to Pinterest
Labels: Just a coincidence

A Canada Place to Be. 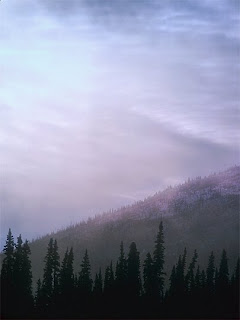 This is a love letter to Canada, and also, a note for the future.

I was finishing my studies in Pakistan. I'd not made it to flight school in the Air Force, and now University was almost over. I knew it was time to leave. Sitting on a mountain top in the foothills of the Himalayas, I meditated, and ask to know what my next step would be. Within a month, my father decided we would all move to Canada.

First he checked out the U.S. He could have been posted to the Washington Embassy earlier in 1958 but the Ambassador, a friend, just died. We applied to immigrate there, which would have required I be drafted for the Vietnam War. I didn't care one way or the other (still believed that all communists were bad) but then he called his friend in Toronto and decided to move here.

The prophecy said Maitreya would come down from the Himalayas, board a plane in Pakistan, and fly to London. I did, but went on to Toronto, because my karma was there.

First job: Street cleaner. Let go the first day, even though in typical immigrant manner, I'd knocked myself out doing a great job. Noticed the only other person let go was a black man (None of the 'pink folk' were let go :) but after that, I got great jobs, and never had to face that problem again.

That is the beauty of Canada.. It has welcomed people from a hundred different countries and become stronger as a result. People of different faiths get along. Gay people can get married if they want. Louise Arbour, the UN High Commissioner for Human Rights, is a national treasure. Kids for Khadr, an Ontario school group, protests the inhumane treatment given to Canadian child soldier Omar Khadr in Guantanamo Prison, while the government hides behind rhetoric.

You go to a place, and you know you've been there before.. and here I rediscovered my native, shamanistic past. Here I started meditation classes that combined Spirit and Earth energy, for Canada is strong in earth energy. Wherever the native people gather, it is strong in energy, even though the earth itself has sadly, been weakened over the years and Canada's treatment of its native peoples is a karmic shame.


Canadians see themselves as a force for good in the world. Even with the present government, there is a fundamental decency. We care and invest in social causes. Every one has health care. Education is pretty good. Yes, Canada is fighting an unjust war in Afghanistan. Yes it's got a corporate fascist government and political parties (but not as bad as the U.S. we say-they on the other hand call us 'socialists' as though that's a Bad Thing)

Why, then, do I love this country? Because it's a place of refuge. There will come a time when the world will need it, and that is why I cherish it. Its vastness. Arrive in Northern Quebec, and you see the Aurora Borealis shimmering in magical light.