Aeflan, the Queen of Heaven 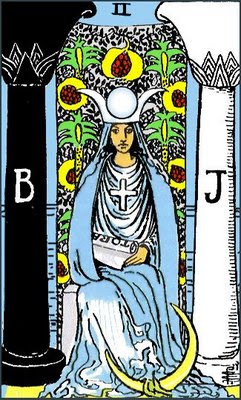 Miriam, Isis, Aeflan~The Queen of Heaven
The story of the Trojan War, that it was caused by a woman, Helen, and the rivalries of the three goddesses, Hera, Athena and Aphrodite, has long fascinated me. The war between Atlan and Aergon was the result of a mad passionate act by Aeflan, priestess of Atlan. Durga/Kali as forces of destruction/change I can deeply understand.


But while wars take place on earth, they also take place in the heavens. Think of it as a struggle between energies. Think of women as a force for change.

History records a circle, an ebb and flow, of time and energy. Empires and religions come and go, people are born and then, die. Actions and events may arise from the male energy, but the ebb and flow comes from the female, and therefore, magic, alchemy, and the future, is and always will be, the coming together and balancing of the male and female. That the world is out of balance requires that we work together to do so. The coming new age makes it imperative.

But there was a remarkable woman who was at the center of events, who changed us in many ways. She was my mother and teacher in many lives, and I her teacher in others. We helped each other in many ways, and if the path was difficult, yet the love was always there.

She is the woman of myth and legend, whom you may have known as Hera, as Mother Mary, as Isis. She is Aeflan, the Queen of Heaven.

Because of the imbalances between the male and the female, we know more about the changes that men have made in history. Perhaps it is in the nature of women to just be that which is deep and hidden, but it is important that we know what vehicles of change they have been through the ages.

From The Dragon and The Phoenix: http://manfromatlan.blogspot.com/2008/10/dragon-and-phoenix.html

There is a chapter in The Way of Atlan in which he warns “War will come to sweep you away” and this is when he taught his students to become spiritual warriors, wielders of magic. One of his earliest students, Eflan, soon came to be his favourite. For her, he made an extraordinary prophecy: She would be the one to instigate the war, but it was necessary for the spiritual evolution of the planet.


It was a terrible burden to place upon her, but she took it willingly, and after the war I was reborn as her child to help her again. I told Aeflan there was another change coming, a Dimensional Shift when the people of Atlan and Aergon would go to Earth, and she was the catalyst; it was a choice she had made even before she was born.

It was she who was the catalyst for this bleeding piece of earth in the Middle East as shown in Battle For the Soul of the Jewish People
http://manfromatlan.blogspot.com/2007/12/battle-for-soul-of-jewish-people-i.html which lead to the events of today, as the religions of Judaism, Christianity and Islam all evolve into something..different.

She was a catalyst as Moses's sister, Miriam, and Muhammad's wife Aisha, and Jesus's mother Mary, who spoke with the spirit of her son even before he was born.

I wrote that Cheiro, or Septros as he was known on Atlan, was the first who came and spoke to me in spirit when I was learning about my gifts in my teens. But Aeflan came to me next, and was also my teacher and friend; as was Andron, as were many of the Children of Atlan, who while still in the spirit world, were preparing to return as spirits of change.

I taught my students how to connect with their own spirit friends and guides. But Aeflan? She helps those who ask and are genuinely in need, but be aware, she can really tell you off if you're wasting your time and hers :) She loves those men and women who can go and act on faith, but is impatient with those who are without purpose or use rationalisations to prevent themselves from changing or making a difference. She has been working in the spirit dimension (though the divine female sightings of the past centuries have all been hers, and Michelangelo's Pieta has also been her) for a long time now and will once again, be central to the unfolding that will take place in the next three years.

The other Children of Atlan are being born right now, yet Aeflan, whose purpose was always to be a child of spirit, chooses to remain in spirit until the time is right for her.

She is Aeflan, High Priestess of Atlan, the Queen of Heaven. 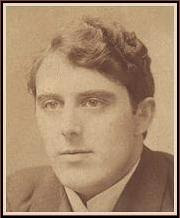 Count Louis Hamon~Cheiro 1866-1936
I have often wondered about the nature of prophecy. What is the impulse that comes upon a man or a woman to lead a people to a whole new plane? Where does that voice they hear come from, what gives them the courage to speak that truth, and what is the price they must all pay?
Throughout history men and women have heard that voice. It may have come from God, or Angel, or, their own past. The path chosen is never easy, yet they follow it strongly, and in their struggle, they uplift others. Moses, Miriam, Mary (the mother and wife) Cassandra, Dekanawida, Muhammad, and many more. In the end, they all opened the path that led to God.
They fasted, and prayed, and retreated to solitary places to free their spirits from their physical ego and better see the visions that would guide them. And they would see the future, and base their actions accordingly. And people thought the words they spoke were magical, and came from God.
We all have a Psychic ability that allows us to briefly see things as they are; sometimes to even glimpse the future. But a very few have that path to prophecy, and it is a rare few indeed. I referred to some of them in previous post "The Children of Atlan" and they always lead interesting lives, over and over again, and many of them came back into the same path, the same struggle, again and again. So, for example, Moses who once was Septros then became Muhammad, and repeated several of his lessons again.
And I look at the human price they all paid, as they tried to help and better humanity. And while I respect the religious aspect of what they did, and the need for that then, and appreciate their connection with the Divine, I know that whatever impulse they had was filtered through their human consciousness, and therefore, never perfect, only imperfect. Their life and their suffering was only too human...
I was aware of spirits around me from the day I was born. My parents from another life, Andron and Aeflan, there to watch over me. A strange child who sat in the dark and saw the spirits of the living and the dead in full reality. That I met the spirits of those I would meet in the flesh later, I knew. And we would, when we finally met, say we had known each other before..
There was a period in my life. My brother had died young, and I buried my grief, and I was searching for who I was . Then I learned to communicate more fully with Spirit, at the age of 14, and the first spirit I met then was Cheiro's.
Cheiro, Count Louis Hamon, was a famous British palmist and occultist, friend of the rich and famous, lover of many women, who read the future of many of the crowned heads of Europe. He belonged to many secret societies, may have been a spy, had studied in India and learned the occult secrets of the Jewish people. Basing his prophecies on calculations of the Great Pyramid, he prophesied in his Book of World Prediction the World Wars and that the Jewish People would come into great power. He eventually retired to America and when he died in 1936, he was a Hollywood screenwriter!
He, in spirit, encouraged me to study palmistry, astrology and numbers. Other spirits (who I would meet later in the flesh) told me I would be a writer. But it was through him that I started to grow, first in seeing energy through my reading the palms, then seeing the future, then healing with my hands. He started me on the path that led to my writing Man From Atlan, from which more things flowed, and now, as I write The Children of Atlan, I see the Great Circle that bring us all together again. I see, as this Age comes to an end, how the Children of Atlan are being born again.
Cheiro, you see, was once Septros, the husband of Aeflan and my stepfather. He was David and Moses and the last prophet, Muhammad. He walks again on Earth, but in quiet obscurity.
Each religion, claiming inspiration from special people who spoke with God. Yet the Way of Atlan teaches us that we all can speak with God, and it is only when we honor and respect the people who came at a special time for all the right reasons, but were still, all too human, and respect the religions for all the good they did then but reject that those are final words and final prophets, only then can we break free from the bonds of the past, and karma.
The Way of Atlan has always been, and always will be. We have always been in God, and God in us. We have forgotten that connection, but, Spirit is there to remind us, again and again.