The Psychology Of A "Troll". 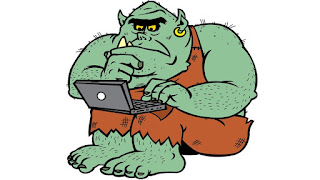 I'm one too, apparently.
In Internet slang, a troll (/ˈtroʊl/, /ˈtrɒl/) is a person who sows discord on the Internet by starting arguments or upsetting people, by posting inflammatory, extraneous, or off-topic messages in an online community (such as a newsgroup, forum, chat room, or blog) with the intent of provoking readers into an emotional response or of otherwise disrupting normal, on-topic discussion, often for the troll's amusement.
In today's environment, that means anyone who disagrees with your opinion :) 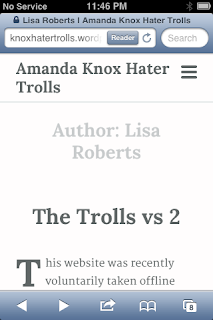 Mainstream Media dislikes alternative media so writes about "trolls". Twitter obliges by restricting users, which did wonders for its share price. That happened on Huffington Post too. Intelligent comment went to other platforms.
It goes without saying bullying exists on social media. That should be controlled through moderation and the 'report' button. There ARE rules and laws. But in a free society one should be also be careful about limiting debate.
Internet gadfly Milos Yiannopoulos was free to make Islamophobic comments and misrepresent liberal views on Twitter, because, free speech. He got banned because he made fun of a lesbian actress and seemingly defended pedophiles. I guess there are boundaries?
This was brought up in a recent Washington Post article:

How researchers tried to understand one of Twitter’s oldest trolling groups
Abby Olheiser
March 2, 2017
Three-year-old Madeline McCann disappeared from a resort apartment in Portugal in 2007 while on a family vacation. Her British parents were dining nearby. The McCann disappearance, which has never been resolved, became a major British tabloid story. The daily media frenzy has since faded, but a decade later, a tight-knit group of Twitter trolls who are convinced that they have proven the McCann parents’ guilt in their daughter’s disappearance still discuss the case online every single day.

What you’ll see: a steady stream of chatter from a tight-knit community with a common goal. In a new paper on the #McCann group, Online trolling: The case of Madeleine McCann  (Dr.) Synnott and his co-authors tried to shed some light on how this devoted, online trolling community works.

This report, also carried in Nature, received widespread media coverage. The lead psychologist Dr. Synnott said he'd also be studying "the pro-McCann group". Ahem, one side is a "trolling group", the other side just has a point of view?


I was intrigued because I'd been involved in a similar group for many years, who discussed the murder of Meredith Kercher. It actually started at the same time as the McCann group and yes, there are similarities between the cases. No, we don't discuss the case "every single day" but we did get fairly involved at the time. Not just on Twitter either, but other social media.


Yes, I'm a volunteer editor on the Meredith Kercher research website but also commented, met with and observed people in the McCann group as well as our own. I was surprised to read the psychologists conclusions. We have Anti-Social Personality Disorder?

I read the study and my response was published by the Washington Post:

"This study is a violation of the British (BPS) and American (APA) psychologist association's code of ethics.

- The purpose of these codes of conduct is to protect research participants, the reputation of psychology and psychologists themselves."

- Moral issues rarely yield a simple, unambiguous, right or wrong answer. It is therefore often a matter of judgement whether the research is justified or not. For example, it might be that a study causes psychological or physical discomfort to participants, maybe they suffer pain or perhaps even come to serious harm.

- Informed Consent
Whenever possible investigators should obtain the consent of participants.

- Debrief
After the research is over the participant should be able to discuss the procedure and the findings with the psychologist.

- Protection of Participants
Researchers must ensure that those taking part in research will not be caused distress. They must be protected from physical and mental harm. This means you must not embarrass, frighten, offend or harm participants.

- Deception
This is where participants are misled or wrongly informed about the aims of the research. Types of deception include (i) deliberate misleading, e.g. using confederates, staged manipulations in field settings, deceptive instructions; (ii) deception by omission, e.g., failure to disclose full information about the study, or creating ambiguity.

- The title "Online trolling: The case of Madeleine McCann" is unprofessional and inflammatory.

- "Case study analysis of Anti-McCann internet Trolling Group" characterizes a whole group of people as socially maladjusted and opens them to ridicule.

- Disclosure: I'm an editor at The Murder Of Meredith Kercher." ~ Naseer Ahmad

The psychologists hid their tweets so their data couldn't be verified but actively tried to locate individuals who wished to remain private. They deliberately provoked by quoting a bad 'scientific' report to get the response they wanted, and used other underhanded methods to prove their thesis. I was able to obtain copies of their work which shocked me.

Psychologists already have a bad reputation for writing papers supporting torture (enhanced interrogation), posing for the media, and attaching unfounded opinions about the psychology of celebrities, or even, Donald Trump. You simply can not use your credentials to diagnose a pathology without examining the individual. Diagnosis by tweet is bad enough, but their assessment didn't even match up with the people I came to know.

It turned out that in both cases, those who supported the Italian and Portuguese justice system (and disagreed with US and UK media PR led efforts on behalf of Amanda Knox and the McCanns) immediately were labelled 'trolls' and a number of journalists and psychologists rushed in with those assessments, without even learning the facts of the case. John Jay college psychology professor Saul Kassin still repeats the lie that Amanda Knox was interrogated for 50 hours over 4 days, even though he was told it was incorrect.

The Knox and McCann families hired PR firms who used social media to out anonymous people who commented on the case, and the media leaped in, leading to tragedy.

She was an English woman who made thousands of tweets discussing the case, none of which were abusive. (I know, I saw them). Complaints were made but the police found nothing wrong with them. Gerry McCann called "for an example to be made" so Brenda Leyland was confronted at her home by Rupert Murdoch's Sky News reporter Martin Brunt and her picture published on the front page of UK newspapers as "The Face Of A Troll". Hounded by the media, this vulnerable woman committed suicide.

When confronted, the reporter Martin Brunt I wouldn't say who gave him the report filed with the police, then, "A group of 'concerned' internet users". (The McCann group of not trolls).

Challenged again who gave him her address, replied Martin Brunt II "Nobody. I found it from public information sources". OK.

Karma is inexorable. The Portuguese Supreme Court ruled that police detective Goncalo Amaral was free to publish his book containing his opinion Madeleine McCann hadn't been abducted but died in her holiday apartment and the parents were guilty of neglect. Amanda Knox and Raffaele Sollecito were found guilty of lying in their alibis and even that they were present during the murder, but acquitted anyway since the case against them 'couldn't be proven'. Strange, that, but neither they nor the McCanns were exonerated.

Thanks to the dedicated volunteers at the Meredith Kercher and Madeleine McCann sites, the truth will always be out there, no matter what the media says.

Nothing motivates people more than the quest for justice. Be it the crimes of states, corporations or individuals, people do care about getting to the truth.

Social media is a great leveller. People know the media and their political leaders will never hear their voice, and, lie with impunity. But in a medium where people can express themselves, that, is the greatest experiment in democracy. No wonder the media, PR fronts, and the elite hate and try to subvert it.

The actions of many people coming together, for  social, political, spiritual causes, instigates change.

Helping others, is the highest expression. ﻿

The Past Is Another Country 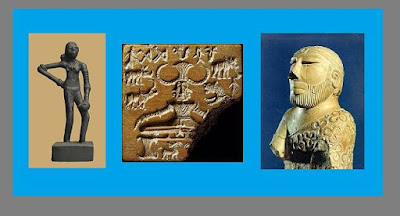 And you can never really go back
I've been thinking about Pakistan lately. A reflection about roots. Because I want to write a novel? Or is it just nostalgia?
Woke up this morning with a title "The Past Is Another Country" and "And you can never really go back" then worried where I'd seen it before. Writers don't plagiarize :)
An on line search; it comes from a book, except I never read it:

"The past is a foreign country; they do things differently there", The Go-Between Lesley Poles Hartley, 1953.

Then ah, I see it comes from the 1971 Joseph Losey movie adaption of the novel, with Julie Christie and Alan Bates. No wonder I remembered it, with visual evocations of revisiting the past.

I think of Pakistan, and the memories of childhood. Yes, I travelled widely and each country I've been to evoked memories of past lives. Yes, I love Japan, and the U.K. the U.S. and especially my home, Canada, for memories of friends and events, natural beauty and wonderful history.

But there will always be a special place in your heart for the place where you were born, and here it is Pakistan.

This is about identity, and how I want my children to learn theirs.

There is history, culture, religion even if you think of yourself as an outsider sometimes. You can still love it and want to take your children back there to visit.

This is about the uprootedness of the Pakistani diaspora and how no matter how much we settle elsewhere, a part of us always looks back to remember 'home'.

Yes, we are defined by our history, and ours is one that goes back 5000 years.

The Indus valley civilization, Mohenjo-Daro existed at the same time as the Mesopotamian, Minoan Crete, Egyptian and Peru's Norte Chico civilizations.They were a peaceful, pastoral people and that is who we are also, regardless the number of invaders who went through our lands and yet we absorbed them all. That is why Sunni Islam is tempered by a very strong Sufi traditions which no manner of fundamentalism can ever break.

We are defined by geography, from the plains of the Punjab, mountains of "Afghania", Valleys of Kashmir, rivers of "Sindia", deserts and hillsides of Balochistan. Therefore, Pakistan is a not just a culture of many peoples, but place.

With all respect, we are not like Indians. They have a different geography of place and mind.


I had thought how much I'd love to take my family there. My children need to see who they are as well as their other side. But the past is another country, and maybe one can't go back.

Maybe, you can't go back. Except through your remembered past, with a book.