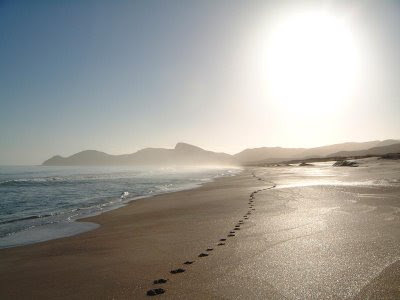 Spirituality, in its essence, is the path to God. That there are an infinite number of paths, and stages, and lessons, is a given. What is also a given is that we are all spiritual beings, as each of us already has the map of that journey back to God.

Whether you believe in God or not, have a religion or not, all that is required of you is that you love one another. But I still say, follow me.

For the greatest proof will come not from prophecies unfolding or the events taking place in our lives and around us, but the peace I bring.

I can't bring peace to the world till you change, and I can't help you change until you hear what I have to say and then decide to follow, or not follow me. There were some who asked, where does that leave me and my religion, and I said that I welcomed everyone as worthy of God's love, but in the end people would have to give up their material identity, which only got in the way of their spiritual identity. They would have to turn against what they were taught, and find a pure way. If what they believed gave them peace then they should follow that, but if it did not, and their questions remained unanswered, they must leave, and follow me.

There were some who, no matter what I showed them, could not believe, could not have faith, and could not make the final step of following me. I wished them well, and let them go. Whatever happened then was their own karma. But those who did believe!

There was a young man who visited us last year, and was doing poorly at academics. His parents worried he'd end up in technical school. We had this one talk and somehow I made a connection; he now gets A's.

A woman dying of liver disease: within two days of talking of me she received news of a rare liver transplant. She no longer has any signs of Hepatitis C.

There was another who couldn't, wouldn't understand, even though he received ample proof of what I said. He entered into a disastrous marriage, but that was his karma.

And the number of people who over and over again were afraid they would lose everything, their homes, lives, health, even disability benefits: All they had to do was ask, and somehow, miracles happened. I did this not because I could or to prove anything, but out of love. And because they showed faith and trust.

I don't take away or bring your karma. You do, through your actions or inaction, which has its own ego stubbornness I find.

We are coming to the end of an age, as a new Spiritual Age dawns. And those who are most sensitive and gifted are the ones who feel it keenly. I can help you. I may not change your circumstances, but I can take away the power of circumstances to hold you.

You will see many things to fear in the time to come, in the economy, the war, and all I can say to you, is, do not fear. You will be well, you will all see wonderful things. But the one requirement of all of you is to have faith.

I write this to the one person, who, out of balance and not imbalance, will leap into the unknown and follow me, and I look forward to meeting you one day.

The Choice of Discipleship 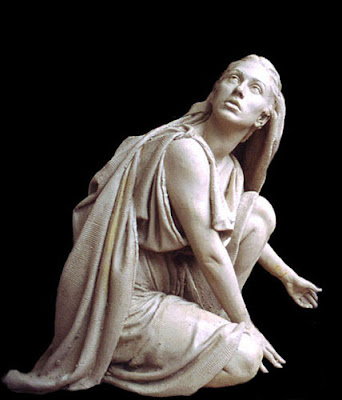 A disciple went to Egypt with her daughter. I had a vision, before she left, of a bomb being thrown at tourists in Cairo. Some people were killed. I warned her not to go to Cairo, but beyond that, had no fear for her.

A child who visited us last year, and was doing poorly at academics. His parents worried he'd end up in technical school. We had this one talk and somehow I made a connection; he now gets A's.

A woman dying of liver disease: within two days of talking of me she received news of a rare liver transplant. She no longer has any signs of Hepatitis C.

I told someone 20 years ago that she would one day move to the Middle East, and that frightened her, but when she left last week, she was no longer afraid.

In all of my lives, my purpose was to help humanity, and I have done this by healing, and teaching, and helping others learn how to make a difference in the world by reaching others. And many of them also helped me.

I have had many students in many lifetimes. I brought healing and magic, I gave peace. There were many stages of learning, initiations which then lead to the final choice: to become a disciple.

What I present is this:

I teach many lessons, but the greatest lesson is the choice of discipleship.

I suppose most will shut off at this point, but that is fine. When in previous lives I said if you truly wish to enter the kingdom of heaven then give up your wealth, and follow me that was a very difficult choice to make. Now I make it even harder by saying it will be a life long experience of learning, and, before you can even begin to learn, you will have to give up your ego, and have faith, in me, in God; that is a much more difficult choice to make.

So I understand when it isn't easy, since the only proof I offer is what I have already said here. But nevertheless, that will be the greatest lesson of all, not just the choice, but what comes after.

I wish you peace, love, and joy.